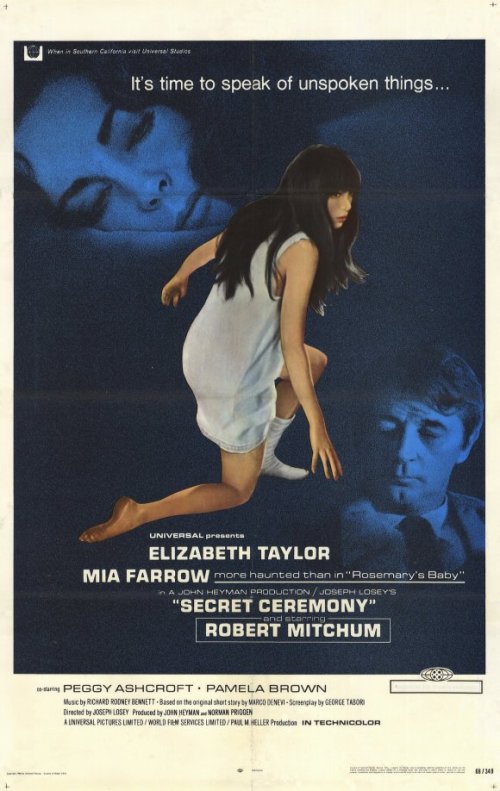 Lenora (Elizabeth Taylor) is a lonely woman who lost her young daughter tragically years before and now finds herself strangely attracted to Cenci (Mia Farrow) a young woman who resembles her. The two move into a large mansion only to have things begin to unravel upon the arrival of Cenci’s weird and menacing father (Robert Mitchum).

The story is bizarre and perverse enough to keep you watching all the way through although it will certainly test the tolerance to those who do not have an affinity for the offbeat. The cinematography is excellent as is the mansion setting. The use of Peggy Ashcroft and Pamela Brown as sneering elderly sisters gives the film some added flavor.

Farrow is genuinely convincing as a grown woman stuck in a childlike trance, but Taylor doesn’t seem completely right for her part. A different actress, especially a character actress would have been much better.

Although the film does manage to come together in the end it does take a long time to get there. There are a lot of slow spots and the patience of some viewers may be tested. There are also many intriguing elements simmering underneath the surface that the film fails to follow through on, but should have.

Fans of Joseph Loosey should find this satisfying while others may be put off by the odd characters and style of narrative.