We interrupt our regular scheduled program to celebrate a milestone as our wonderful little movie blog came into existence on this date 10 years back with the review of Apartment Zero. Since then it’s been 1,641 reviews and counting, so thanks everyone for being one of the 528 followers,or just one of the folks who stopped by to take a peek and helped this site to accumulate 638,395 all-time hits. All the readers who’ve left nice (mostly) comments (1,426 to be exact) are much appreciated too. Here’s to another 10 great years! 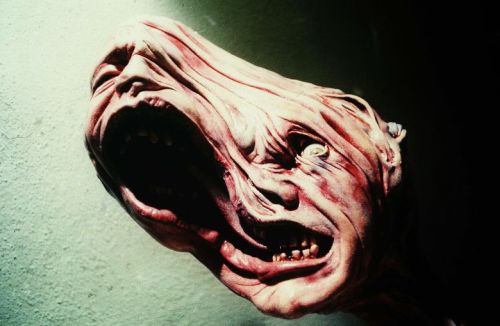 Scopophilia is proud to announce our 10th annual Horrorween feast where we review only horror movies  every day from now until Halloween. This year like in October’s past we’ll have a good mix of classics along with the obscurities (although this year we got mostly obscurities some of which have not ever been released onto DVD or Blu-ray). We’ll have everything from giallos to slasher to creepy ghost tales and even a couple of horror comedies too. The fun and chills begins tomorrow.

We here at Scopophilia are proud to announce our 8th Annual Horrorween fest where between now and Halloween we’ll review horror movies only, but this year there will be a slight twist to it. Usually we only review films from the 60’s through the 80’s, but this year we’ll also take a look at a couple of post 2000 horror films that were remakes of classics from the 70’s and see how they compare to the originals. So bolt your windows and lock your doors and get ready to be scared!

(Here we are at the film’s premiere. I’m in the red shirt.)

My Rating: Can’t rate a movie I helped write as it wouldn’t be fair.

4-Word Review: It was really fun!

This past June I took part in this year’s 48-Hour Film project, which is held nationally on the same weekend and is where people get together to make a 7-minute movie in only a 48-hour time span. They then submit their finished product, if they are actually able to get it completed, which a lot aren’t, to a panel of critics who will judge it on a variety of cinematic merits. The winning team then gets their short movie shown at Cannes and other film festivals as well as winning cash prizes and the attention of film producers and studio heads.

This is a great chance for the average person to see what making a movie is really like and it’s hard work. We spent five hours the night before writing up a script and then on Saturday I arrived on the movie set at 8 AM and didn’t leave until 1:30 AM the next day. That was 19 hours on my feet, but I wasn’t tired at all as the adrenaline of working on an actual film was more than enough to keep me going.  Then the next day our two editors worked tirelessly for 8 hours to edit the film and have it delivered to the 48-hour headquarters before the deadline, which they managed to do with only a few minutes to spare!

To keep things fair the project has certain elements that must be added into the script in order to prove that it really was made for the event and not at some other point. The things that had to be implemented was a character named Charlie Bitters whose profession was an author. The storyline had to involve some sort of gift as well as a line of dialogue “Ooops, I guess I forgot to tell you.” 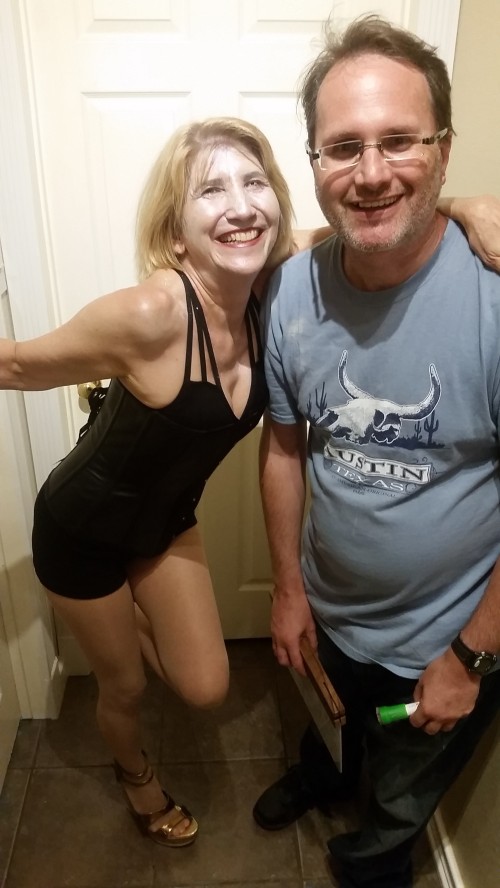 You also pick out of a hat what your genre will be at 6 PM on Friday evening. Our team had already written some treatments for each genre, so we’d have a bit of a head start once the genre was picked. We got sci-fi, which forced us to go with an android concept that nobody on the team had been all that excited about. The story was written by Irwin who had produced some plays and was talented in that forum, but as a potential movie it was quite boring. It simply consisted of two androids sitting around discussing what it would be like to be human, so the chosen director of the project brought in myself and another lady named Karen to ‘jazz it up’ by implementing comical elements into the proceedings. The result is a  futuristic plot dealing with a famous author named Charlie Bitters hosting a live streaming show on the net that he hopes will prove that androids can have human feelings and be more accepted into society only to have everything go wrong.

Our filmed was screened at a downtown Austin Theater in late June along with the other submissions from the area. Initially I was only so-so about the results as I felt there were A LOT of other great movies made, but after repeated viewings I’ve grown to like it more. The actors we brought in to play the roles were tremendously talented and really helped give the film an extra edge, but the most surprising thing is that out of the hundreds upon hundreds of films that were submitted nationally our film had managed to make into the FINAL TEN!!! That’s right it’s between our film and only 9 others to see who wins the grand prize and that vote will be cast tomorrow night! In the mean time you can take a look at our finished product and see what you think. 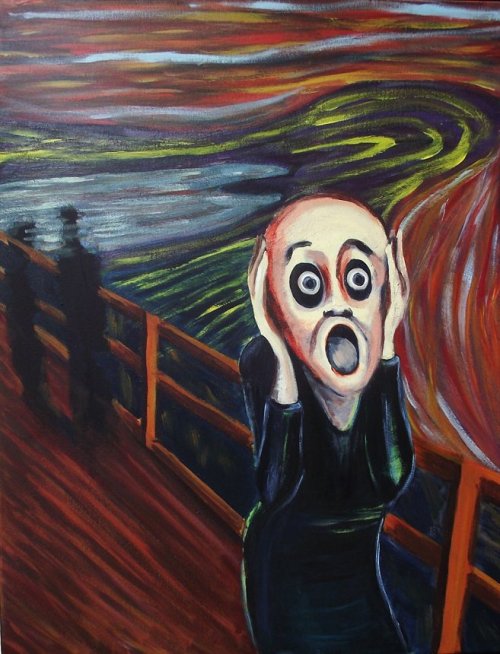 I’m excited to announce our 4th Annual Horrorween Festival here at Scopophilia where we will spend the entire month of October reviewing horror films from cinema’s groovy era. That will be 22 movies in 29 days that will span just about all the horror niches and include horror films not only from the U.S., but globally as well. As a tribute to the late Wes Craven we’ll be including 3 of his from the ‘80s especially the one with the infamous beheading by basketball. This will also include the film debuts of Daphne Zuniga, Jennifer Jason Leigh, Brooke Adams and Natasha Kinski who all began their careers in horror films. The list will be wide and varied so hopefully you’ll be able to find a few that intrigue you and by the time the 31st comes around you can line up a bunch of them to watch at your place and have your very own horrorfest! The first review will be post tomorrow so stay tuned!