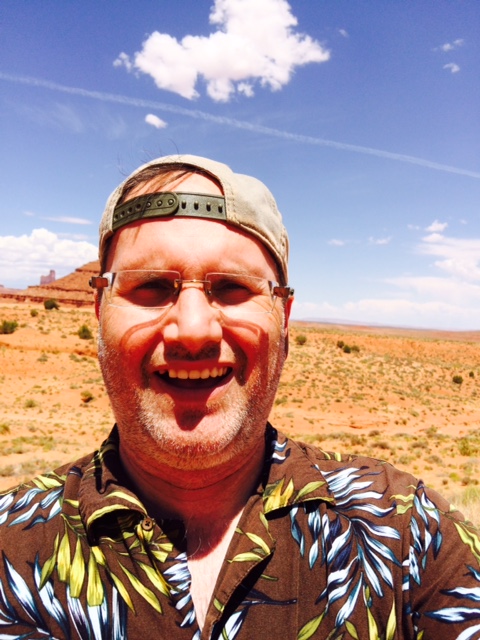 This site was officially launched on December 10, 2011 by Richard Winters, who you can see visiting Monument Valley. I came up with the name Scopophilia because I thought it was the last movie related name I could think that hadn’t already been used in the thousands and thousands of movie blogs that are already out there. The meaning, in case you don’t know, is Greek for ‘love to look’. I was thinking of naming the site ‘Far out man’, but was afraid that Tommy Chong might have a patent on that phrase, so I went with this one.

I have been a major film collector for years, some of which you can see pictured at the bottom, and decided it was about time that I start taking an inventory of what I own as well as catologuing my thoughts of each film that I saw. I have always enjoyed the 60’s/70’s era simply for the landmark way it changed the society we live in as well as the arts and entertainment. It was a fascinating period for sure and the wide variety and sometimes groundbreaking movies that came out during that time were simply a reflection of that. It is fun to go back and relive that atmosphere again. Even if one wasn’t alive they can still see how the world they live in now was shaped by what happened during that period. Besides, most movies coming out today seem to be remakes of films from that era, which only proves what a truly creative climate it was.

I plan on reviewing as much of the movies from the three decades as I can. All movies will be rated on a 10 point scale with 10 being the highest. I basically do a ‘scorecard’ type of review stating what I liked and didn’t like about the film and explaining why. I then give it a rating and let it up to the reader to decide if it is right for them. Just about everything from that period will be added including the classics, the obscure, foreign titles, cult, underground, bizarre, and anything in between. I formerly wrote for the CommentaryTrack website for two years, but have now decided to brave it on my own. The posting schedule will go as follows:

Friday: A review of a film from the 70’s

Sunday: A review of a movie from the 60’s

Every other Wednesday will be a review of a 90’s movie.

So far the response has been great and I thank everyone for their kind comments that they have left. Of course if you don’t agree with my assessment of a film I am always open to a debate, which we do a lot of in my Indy Film Buffs group. Requests and suggestions are also welcome. So far the number of views and return visitors have been amazing. Have a groovy time!