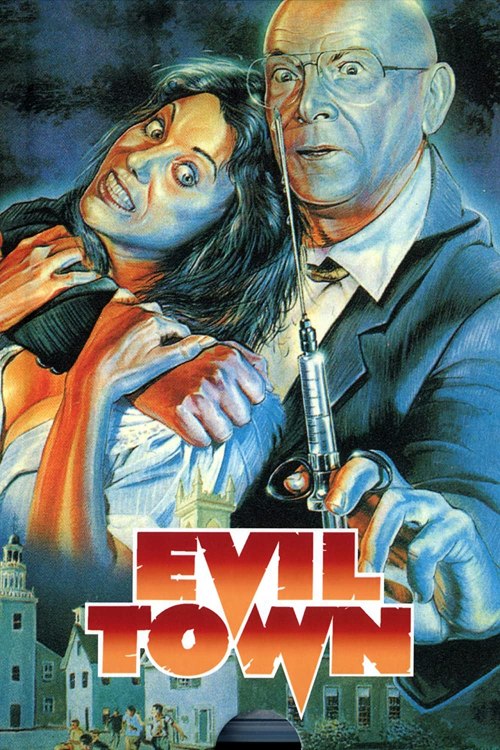 Chris and Julie (James Keach, Michele Marsh) along with another couple (Robert Walker Jr., Doria Cook-Nelson) are traveling through rural California from Los Angeles when they begin to have car trouble and stop-off at a rundown gas station in a small town. Earl (E.J. Andre), the old man who runs the station, inspects the vehicle and tells them it’s a water pump issue that will take at least a day to repair. Since it’s late at night he and his wife Mildred (Lurene Tuttle) offer them their spares room to sleep over in, but the couples decide they’d rather camp-out. However, they become harassed by unknown peepers, so when that car is found to have even more issues the next day and forced to spend yet another night there, they agree to stay at the elderly couple’s home. It is here that they get fed a poison that knocks them-out and they are then taken to a nearby hospital run by Dr. Schaeffer (Dean Jagger) who needs bodies of young people in order to conduct his experiments on the aging process.

This film is a great example of how funding is so crucial to a production and once it runs out there isn’t much else to do. Filming began under the working title ‘God Bless Grandma and Grandpa’ in the fall of 1973 in Mendocino, California and was directed by the talented Curtis Hanson, but money ran out before they could shoot the ending. In 1977 a different production company bought the unfinished footage and tried to market it as a movie under the title Dr. Shagetz, but with no real ending it failed to catch-on and the entire thing fell into obscurity. Then in 1984 another independent studio bought the lost footage and attempted to again redistribute it, but this time by adding in new footage, which they hoped to edit around the old footage in an effort to make it seem like a complete movie and then ultimately released to select theaters on June 2, 1987.

Unfortunately by the time they were ready to shoot the new stuff many of the elderly actors from the original were already dead, or to old at that point to perform. The four younger stars who made-up the two couples had no interest going back to finish shooting a movie the had long ago forgot about. This resulted in new actors getting hired to play both the roles of the protagonists and the bad-guys and while it’s edited in a way to make it seem like the new stars are interacting with the old ones from the lost footage it’s quite clear that they really aren’t and whole thing ultimately comes-off as two bad movies compressed into one really lousy one.

The story idea I liked and has definite similarities with Homebodies that also featured old people as the killers. There are a few good moments like having the actions scenes done in slow-motion and Keach forced to fight-off the old people who attack him by jumping on him one after the other. The scene where he gets surrounded by a group of chanting old folks while trapped in an old, nonoperational car isn’t bad either, but the pacing is slow and takes too long to get going.  The added footage is highly exploitative and basically consists of Playboy Playmate Lynda Wiesmeier running around topless in the night as she tries to avoid two killers.

Jagger, who was clearly at the tail-end of his long career, which at one point featured winning an Academy Award in 1949 for best supporting actor, gives an interesting performance. His shiny bald head along with the shaded glasses he wears gives him a creepy look and the odd speech pattern that he uses here make him seem genuinely menacing. Had the story stayed focused solely on him and had the original production been better funded and retained the first director this thing might’ve had a chance and even cult potential, but the way it is now it’s just a sad curio showing what might’ve been.