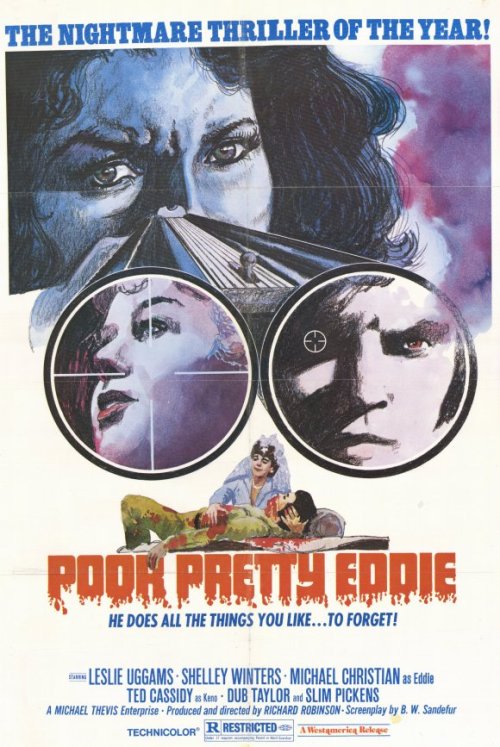 Liz Weatherly (Leslie Uggams) was simply looking for a break from her hectic touring schedule and a chance to take some nature photos when her car breaks down on a lonely southern dirt road near an isolated lodge run by an aging, overweight lush (Shelley Winters) and her much younger boyfriend Eddie (Michael Christian). Eddie recognizes Liz as being a famous singer and since he has dreams of that nature as well tries to convince her to help him get his foot-in-the-door, but his talents do not match his ambitions and he fails to impress her. He then delays the repairing of her car hoping to wear her down and work things into a sexual relationship. When she resists this he rapes her and traps her at the remote hotel with no vehicle for escape. When she goes to the police the backwoods sheriff (Slim Pickens) humiliates her further, which crumbles her inner strength and makes her feel like a droid to the perversion around her that ultimately has her forced into a shotgun wedding.

This turgid drama is full of provocative southern gothic elements and wallows in areas that others fear to tread. The creative camerawork and backdrop sounds are impressive especially for a low budget film and the slow motion violence adds an evocative touch that stays with you long after it’s over. The character’s sexual repression gets relayed in an equally interesting way by showing scenes of them sucking and slurping their food like it’s a sexual substitute. 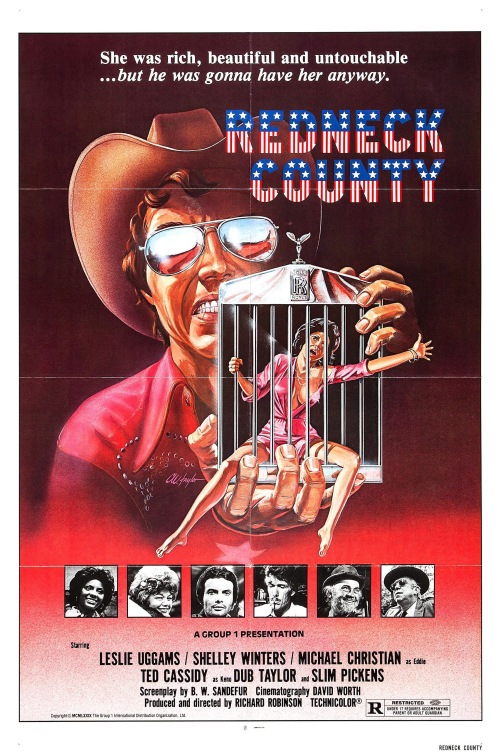 Prolific character actor Pickens gets one of his best roles as the slimy hick sheriff in a part he seems almost born to play and Dub Taylor is spot-on as a self-imposed backwoods judge who creates a makeshift trial in the middle of his ragtag bar while also amusingly comparing Yankees to hemorrhoids. Ted Cassidy is good as well and makes a strong impression despite having limited lines.

I was not as impressed with the female performances as star Uggams comes off as too cold and one-dimensionally rigid without showing any type of preliminary vulnerability. Winters is competent as always, but playing a lonely, aging, pathetic woman begging for love is too similar to the character that she played in Lolita and making it seem more like typecasting.

The climactic bloody shootout is fun, but ends up being more of a spectacle than anything.  B.W. Sandefur’s script lacks any type of twist, introduces psychological elements that it fails to follow through on and wades in tired southern stereotypes making this a warped piece of ‘70s cinema that falls just short of being a cult classic.