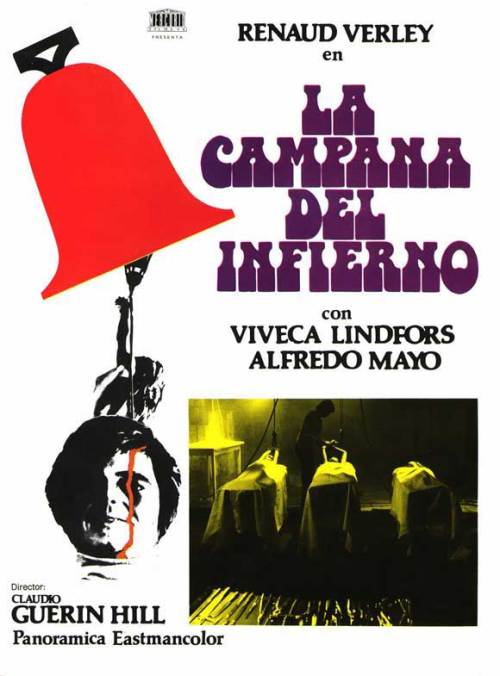 After being locked up for years in an insane asylum Juan (Renaud Verley) is released and allowed to return home to his wheelchair bound mother Marta (Viveca Lindfors) and three sisters who had him put away in an attempt to get at his inheritance. Now Juan wants revenge and does so by trying to have his mother stung to death by a horde of angry bees and his sisters cut up at a meat processing plant, but both of his attempts fail. They survive and turn-the-tables by having him encased alive at the local church’s bell tower that is being erected, but just when they think he’s dead they find that he may not be.

This film’s most notorious claim to fame is that its young director Claudio Guerin fell to his death from the very bell tower he had constructed for the movie on the last day of shooting, which is a shame since he showed strong potential for being a gifted filmmaker. If there is one thing that holds it all together and keeps it captivating it’s with its visual quality. Despite the limited budget Guerin shows a keen eye for an array of interesting camera angles and shots. The atmosphere is thick and remains creepy throughout even though it doesn’t have any actual scares.

Unfortunately the script by Santiago Moncada lacks the same type of creativity with a cliché-ridden storyline that meanders and at times feels like it’s going nowhere. The muffled English dubbing makes it hard to hear all of the words that the characters are saying and the ending plays like a tired rehashing of an Edgar Allan Poe story that provides no surprises. 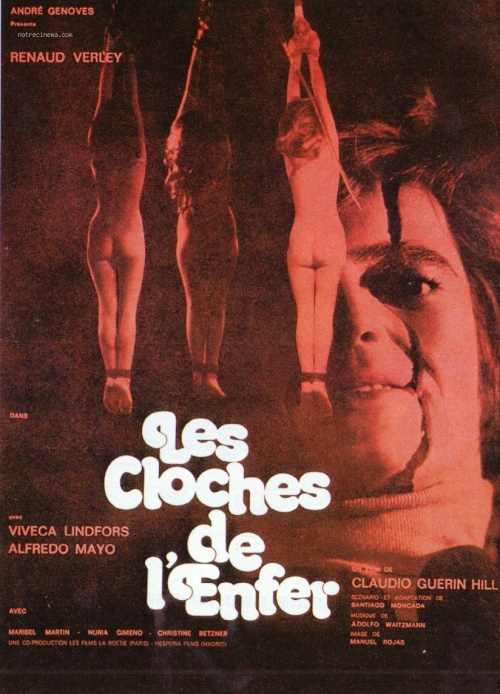