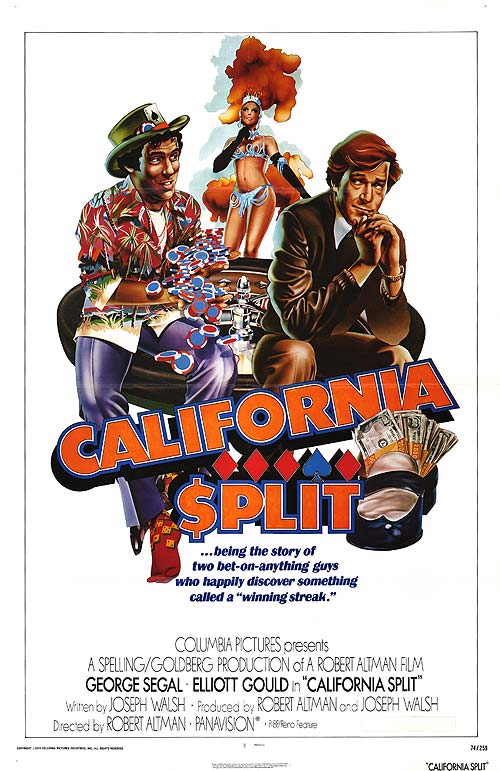 There is a scene in The Gambler, which is a similar movie to this one and came out around the same time, where actor James Caan’s character is on the beach with his mother. He writes in the sand $44,000. This is the amount he owes in gambling debt and the amount he needs from her. He can’t bring himself to ask her directly so he writes it instead. His mother gasps when she sees the amount and then asks “How is such a thing possible?!” It is for that reason that making a movie about someone with a gambling addiction is so intriguing. What exactly is it that could propel someone to act so foolishly with their money? Unfortunately both films promised a lot, but delivered little. Worse yet both are uninvolving and boring.

In this case the film fails to ever get inside the character’s heads. We have no idea what personality traits a gambler may have nor their background or relationships. We simply see two rather bland middle-aged men getting together and going through their gambling paces. Apparently the idea was to show a gambler doing his thing and hope to find some ‘truth’ from it. Well it doesn’t work. It’s tantamount to a novice writer scribbling out some rambling prose and hoping to get a story. It all just proves that the filmmakers have no more insight into this phenomenon than anyone else.

Director Robert Altman seems more interested in keeping things light and entertaining. Normally his eccentric touches help compliment the film, but here it gets in the way. For example there is a long drawn out scene featuring Bert Remsen’s character that likes to dress up like a woman that is completely unnecessary and bogs everything down.

Elliot Gould’s wise guy, wise cracking ways become obnoxious and never once does he come off as a man gripped by an addiction. George Segal shows a little more of an emotional downside, but it seems forced.

The film hits its mark only once and that is when it focuses on a big poker game, played in Reno, by the country’s top players. Listening to Gould describe to Segal all the traits of each player is interesting. It helps show what a psychological game poker really is, but unfortunately it doesn’t get to this part until the very end and then only for a short while.

In the category of ambiance Altman scores as usual. The faces of the people at the casinos are etched in character. You can almost smell the hanging second-hand-smoke and Dorothy Showalter’s brassy, slightly off-key singing gives the soundtrack a distinct flavor.