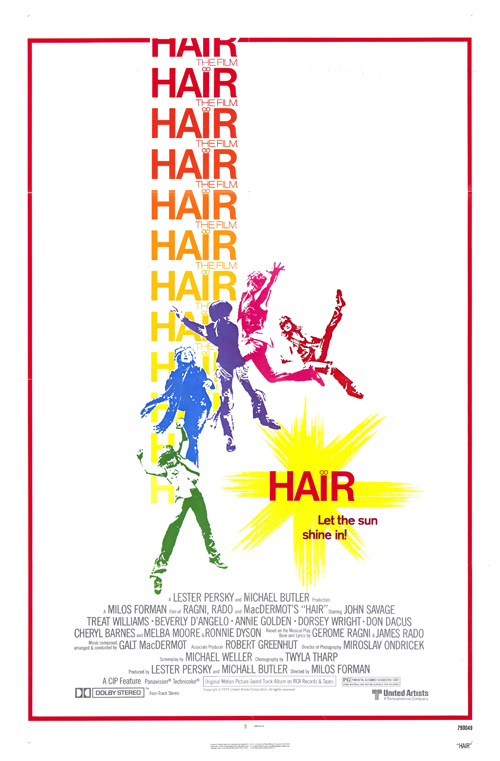 4-Word Review: Hippies versus the establishment.

A young draftee (Savage) goes to New York to join the army. Along the way he inadvertently walks into a ‘happening’ of hippies in Central Park who begin to socialize with him and the rest of the film looks at their efforts at trying to get him not to go.

It is easy to see how during its era this stage play would have been an exciting even vibrant experience. It perfectly captures the moods, thoughts and uniqueness of the period. However this film version doesn’t. It’s made ten years too late and the spirit just isn’t there. Even the protest rallies seem mechanical and manufactured. The period was known for its bright psychedelic colors and yet here everything is gray and bland. The camera angles should have been more unconventional and Twyla Tharp’s much ballyhooed choreography looks like nothing more than jumping around with song renditions that are horrible.

The hippies themselves are also a problem. For one thing Treat Williams looks too old as their leader. They also appear too clean-cut as these guys are literally sleeping on the streets and yet none of them have a beard.

A few good moments do abound. Williams’ constant confrontations with the establishment are fun. Having them crash a society party and then having Williams dance on a table with Charlotte “Facts of Life” Rae is great. The dramatic twist at the end is powerful and really hits home at how impersonal and sad that war really was.

Savage looks and talks like the country boy he is playing, which is good, but his brief attempt at singing is downright awful. Brad Dourif was the original choice for the part and I think he would have done better.  Beverly D’Angelo is enticing as a snooty girl who transforms into a hippie one and Miles Chapin is amazing simply because he was a 28-year-old man that managed to convincingly look and act like a 17-year-old.

One quibble involves the wearing of the same army outfit by several different people. The uniform is originally worn by a general who is on the short side. They steal it and put it on Williams who is much taller and yet it still fits perfectly. They then put it on Savage who is much thinner and yet strangely it fits perfectly on him as well.

Posted in 70's Movies, Comedy/Drama, Movies Based on Stageplays, Movies that take place in the Big Apple, Musical, War Movies