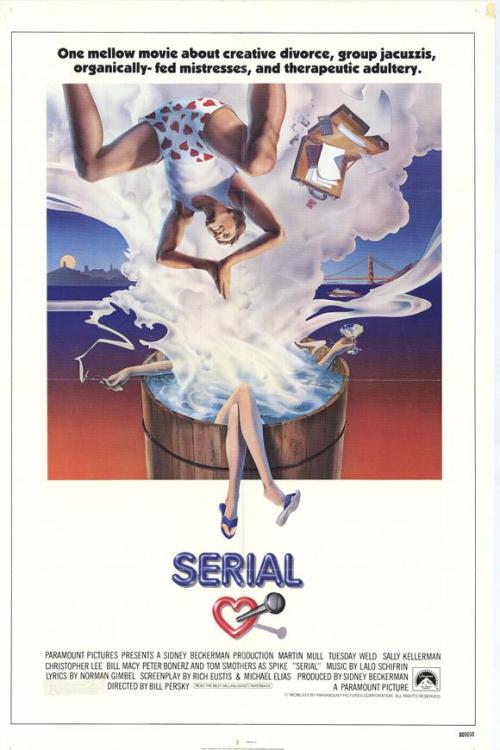 The world has turned into one giant fad and everyone and everything is a part of it. Martin Mull is the one remnant of sanity as he tries to survive in it while still keeping his balance.

There is hardly anything cinematic about this picture. Take out some of the ‘dirty’ references and you have a TV-movie. In many ways it’s barely a movie at all, but more of a compilation of skits running along the same theme.

Mull is definitely a good anchor as his glib, sardonic comments help keep this thing churning. The rest of the characters though don’t resemble real people in any way and many of the fads shown weren’t really followed by that many to begin with. It’s pretty restrained and soft and fails to attain the acidic wit of the Cyra McFadden novel of which it is based.

Attacking trendy people isn’t too difficult and this film fails to supply any new perspective on the subject. This is probably the most annoying thing about it, which is that it is as vapid and superficial as the people and lifestyles it tries to mock.

The film does manage to be fast paced and there are a few slightly amusing bits, which could prove entertaining to those on a really, really slow night. Of the good stuff there is a dog groomer who shouts to his barking dogs to “Shut up you sons of bitches.” There is also Mull going to an orgy and having to step through a whole mass of naked bodies before he can find his girlfriend. Kudos also must go out to the climatic finale that features a gay biker gang lead by Christopher Lee who rampage (on their motorbikes!) the home of a religious cult. The running gag of having Tuesday Weld constantly referring to the Pamela Bellwood character as a ‘cunt’ isn’t bad either.

Also, Ed Begley Jr. can be heard on the radio as a DJ in the opening sequence.

Posted in 80's Movies, Movies Based on Novels, Satire