An old man (Lou Gilbert) emerges from Lake Michigan and wanders the streets of Chicago making friends and enemies along the way. His aurora captures the imagination of a local artist (Tom Earhart) and he seeks the old man out for advice and inspiration, but then loses sight of him and spends the rest of the movie trying to chase him down, but becoming more lost in the process.

This film’s biggest claim to fame is that it is the directorial debut of Philip Kaufman who along with co-director Benjamin Manaster penned this tale that is supposedly a loose, modern-day interpretation of the prophet Elijah. The film has an engaging cinema verite style that is enough to hold some interest, but story wise it is vague and confusing. Too much is thrown in that seems to having nothing to do with the central character or theme. Much of it was clearly ad-libbed, which creates a certain freshness, but also allows it to go even more on a tangent that it ultimately cannot recover from.

The best moments come from the scenes involving Gilbert’s character who surprisingly doesn’t have as much screen time as you’d expect despite being supposedly the central point of the story. The scenes where he comes out of the water and then befriends a homeless man and wheels him down a busy street while holding up traffic is funny I also loved the part where he takes a bath in an apartment and is unable to work the faucet knobs or even know what they are for. His foot chase through a meat plant is nicely captured and edited as is his shadow dancing along the shores of Lake Michigan, but he disappears too quickly and the movie is weak and directionless without him.

This movie also marks the acting debuts of several famous comic character actors including Jack Burns who was part of a comic team with George Carlin for a while and then later with Avery Schrieber before becoming famous as the voice for the crash test dummies. Here he has an amusing bit as an ambivalent desk sergeant. Severn Darden and Anthony Holland are both seen on the screen for the first time playing a sort-of Laurel and Hardy-like traveling abortionists who perform the operation on one woman (Ellen Madison) inside an empty apartment that is quite edgy, explicit and darkly humored for its time period.

The on-location shooting in Chicago is great especially with the way it captures the Marina Towers, which are two residential buildings resembling corncobs that sit in the downtown and had just been completed when filming took place. The flimsy, wide-eyed story though cannot equal its creative execution making this interesting as a curio only. 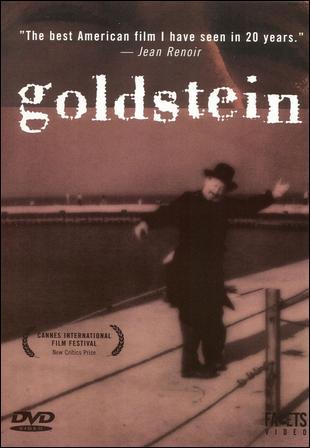