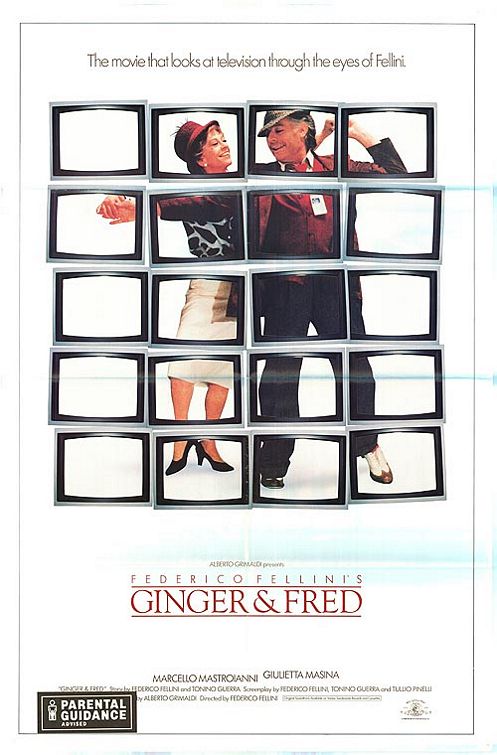 Amelia (Giulietta Masina) and Pippo (Marcello Mastroianni) are two aging dance partners who haven’t worked together for years. They are asked to reunite for a TV-show special and do a famous Fred Astaire and Ginger Rogers routine, but things have changed in their many years apart and the situation becomes more awkward than they imagined.

This is a genuinely amusing satire on television and celebrity status with Mastroisanni being absolutely engaging in every scene that he is in. Masina, who was director Federico Fellini’s wife in real-life, also gives a good performance and together they make a real fun team. The final dance sequence is terrific and the film manages to really come together at that point. The film is also sprinkled with some funny satirical snippets with the best ones including goofy billboards and a woman wearing edible panties.

On the negative end I found the techno music score to be overplayed and it becomes irritating especially at the beginning.  The film is also about a half-hour too long and it takes almost thirty minutes for Mastroianni’s character to even appear.

Overall I found the film to be enjoyable and mainly because the two leads are old pros who know how to work their magic although this is definitely not one of Fellini’s best films and at times it seems like he is just coasting.