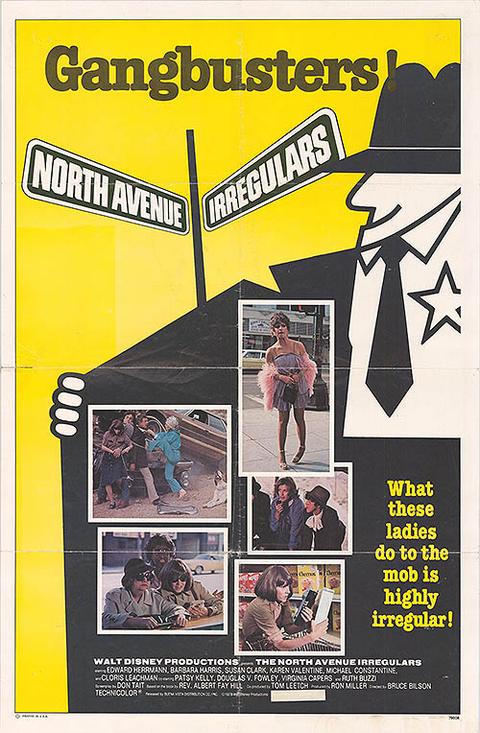 Reverend Michael Hill (Edward Herrmann) becomes the new pastor at the North Avenue Presbyterian Church, but right away things get off to a rocky start when the church’s funds get gambled away on a horse race. When Hill tries to retrieve the money he finds out that it is an illegal gambling joint run behind a dry cleaning business, who are always able to skillfully remove their presence before the police arrive. Hill goes on TV to lambaste organized crime in their town, which catches the attention of two treasury agents (Michael Constantine, Steve Franken) who want Hill to help them close down the gambling joints by having him hire men from his church to place bets at the parlors, but all of the men refuse. Hill then asks for the help of the church women who agree to do it and after some initial setbacks begin to make headway in taking down the area mobsters.

Usually I always say it’s important for films that are aimed for a young audience to have children playing the protagonist, but in this case the children characters have only small supporting roles and yet the film still manages to deliver the laughs. The main reason is the talented female cast who have distinctive personalities and convey comic form in different ways. Cloris Leachman is amusing as the middle-aged cougar with long finger nails, Virginia Capers is quite funny too as a heavy-set woman who doesn’t allow her big build to stop her from running several blocks in order to tail the bad guys and the variety of vehicles she drives with funny phrases painted on their windshields, which are all from her husband’s used car dealership, are humorous too. Barbara Harris as a suburban mother who chases the mobsters while driving in a station wagon packed full of kids in it is great too.

What may be surprising to many is that it’s all based on true events that occurred to Revenrend Albert Fay Hill when he took over as the minister at the North Avenue Presbyterian Church in New Rochelle, NY in 1961. It was there that he became a crusader against organized crime after the murder of a young man for not repaying his gambling debts. Like in the movie his fight gained the attention of US Treasury agents who wanted him to get his male parishioners to place bets with the mobsters, but the men all refused so he recruited their wives whose efforts managed to shut down several gambling houses, which lead to a front page write-up in The New York Times as well as Look magazine.

Of course the movie exaggerates things for comic effect, but it’s forgiven because the stunts are quite funny, which culminates in a massive car pile-up consisting of the demolition of 14 cars at the cost of $155,000. The scene involving the church getting blown up is amusing too because behind-the-scenes when it was first done the cinematographer forgot to put film in the camera forcing the crew to painstakingly rebuild the church just so they could try to do it all over again.

The film’s only weak element is Herrmann whose performance is certainly sincere and likable, but he’s never funny while Constantine is hilarious as the exasperated agent who has a virtual nervous breakdown dealing with the women and for that reason the film would’ve been more engaging had he been the lead character. I was also confused why the Reverend was  a single parent as there’s no explanation I could remember for what happened to the wife. In the book that this film is based, and in the true-life incident, the minster was married, so why was it decided that he should be single here? I got the idea it was because they wanted to create a romance between he and his secretary played by Susan Clark, but since nothing much comes from that it seemed unnecessary.