When she is 6 years old little Brooke (Amy Beth Erenrich) accidently kills a couple by causing the motorbike they’re riding on to spin out-of-control. Now, 18 years later Brooke (Maureen Mooney) teaches at a high school where she has a confrontation with one of the students named Dickens (Christopher Stryker). Dickens decides to get his revenge by having him and three of his friends (Christopher Cousins, Millie Prezioso, Jason Brill) terrorize her by going out to her home wearing masks. Things though unravel when the demons of Brooke’s past come back to haunt her, which turns her into a psychotic killing machine right before their eyes.

To a certain degree this film is slightly above the usual cheesy horror flick level. Although the dress that the child wears during the flashback segment looks ridiculously campy I still felt this scene was the best moment in the film particularly the shot of the couple impaled by the fence. The on-location shooting is decent too as I visually got an authentic high school feel both on the campus and during the football game. The kids look like genuine teenagers too and they even manage to have distinct personalities. The spacious, remote home that Brooke lives in helps exude a Straw Dogs tone, but it was weird that she resided in the same place that she grew up in and I presume the only good reason for this was budgetary. The approach is offbeat and initially intriguing even though the tension gets destroyed by going off on a long tangent involving a high school football game that was not needed.

The biggest problem though comes when it tries to connect Brooke’s traumatic childhood experience with what she’s going through now, which is just too much of a stretch. If she is as mentally fragile as the film insists then her inevitable meltdown would’ve occurred far sooner like when she was 8 or 10 instead of having her supposedly lead a normal life and then flip-out like a light switch without warning. It’s also confusing why she doesn’t just call the police right away when the kids first started to scare her.

Once the killings happen it gets boring and mechanical and the plot would’ve worked better had it not been known until the end who the killer actually was. The animosity between Brooke and Dickens, which is well-played by Stryker who unfortunately died before the film was released, needed a better final confrontation that was more drawn-out as Brooke overpowers him too quickly making his transition from bully to scared victim not as ironic as it could’ve been.

For me though the scariest part in the film had nothing to do with the intended ‘horror’, but more with the incredibly disrespectful way Brooke gets treated by her students when she tries conducting her biology class. Teachers don’t get paid enough to be expected to tolerate the snide behavior that she does nor should teens think that is acceptable while in the classroom, which is sad and even a bit disturbing. 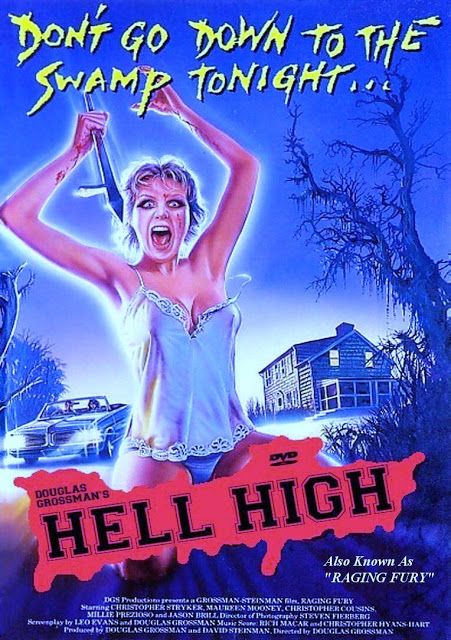