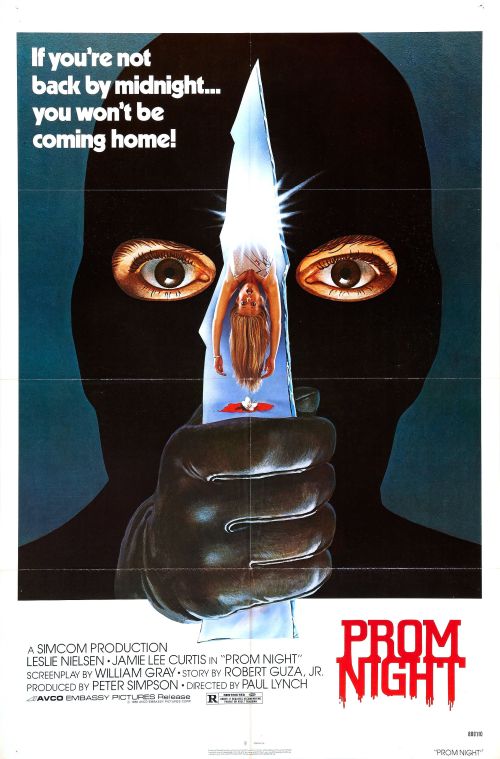 In 1974 five children go playing inside an abandoned building, but when one of them falls tragically to her death the other kids agree not to tell in order to avoid getting into trouble. Six years later these same four children are now teenagers and ready to attend the prom, but become terrified by strange phone calls from someone insisting he saw what happened and threatening to kill them to avenge the accidental death of the other one.

As modern day horror movies go this one starts out well especially the abandoned building footage with the rundown interiors helping to give the film a creepy look. The lighting and camerawork are more polished than the typical slasher production and it doesn’t reek of low budget, amateurish values that pervaded just about every other horror flick from that era.

Unfortunately after a decent beginning the pacing then slows to a crawl and except for a few creepy phone calls hardly anything goes on for the whole first hour. At one point it becomes like a sequel to Saturday Night Fever with a prolonged dance segment between Jamie Lee Curtis and her partner that does not propel either the plot or tension and was out-of-place.

The side-story dealing with the police searching for an escaped killer who they mistakenly believe killed the child is pointless and apparently added in at the last minute. I would think a coroner’s autopsy would’ve shown that the child died from the trauma of the fall and not by someone’s knife, which makes the crazy-killer-on-the-loose angle ridiculous and an obvious red-herring put in to ‘fool’ the viewer, which most seasoned horror movie fans would never be dumb enough to fall for anyways, so why insult their intelligence by even trying?

The actual killings don’t get going until 1Hour and 2Minutes in and by then it’s almost too late. The killer also conveys seemingly boundless energy as he busily wrestles a driver for control of a van, which he eventually forces off a cliff while miraculously jumping out of it just before it goes over and then manages just a short time later to chase another victim all around the school where no matter which hallway the young lady chooses to run down the killer always magically is at the end of it ready to jump out at her. The decapitation scene depicting a victim’s head rolling down the stage runway at the high school prom has to be one of the unintentionally funniest moments put on film and had me laughing uproariously. 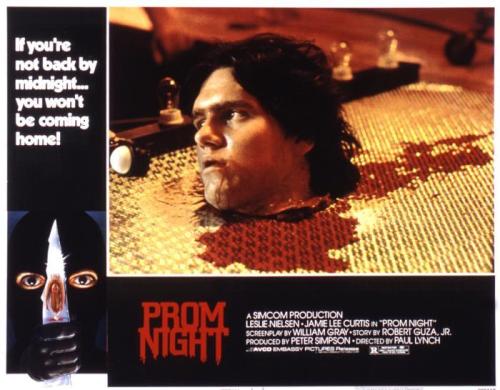 Normally guessing the killer’s identity is the one fun thing to do while watching these types of flicks, but here that gets ruined by implementing a character at the scene, which was Alex (Michael Tough) the younger brother of the victim who died, even though the viewer didn’t even know he was present when it happened. It’s also hard to believe that any young child could keep a secret for that long as most can’t. I understand why the other 4 kids didn’t tell, but why the younger brother who had nothing to do with the accident and only witnessed what happened? Why would he not immediately run back home to his parents, as most would and tell them about it so they could call the police?