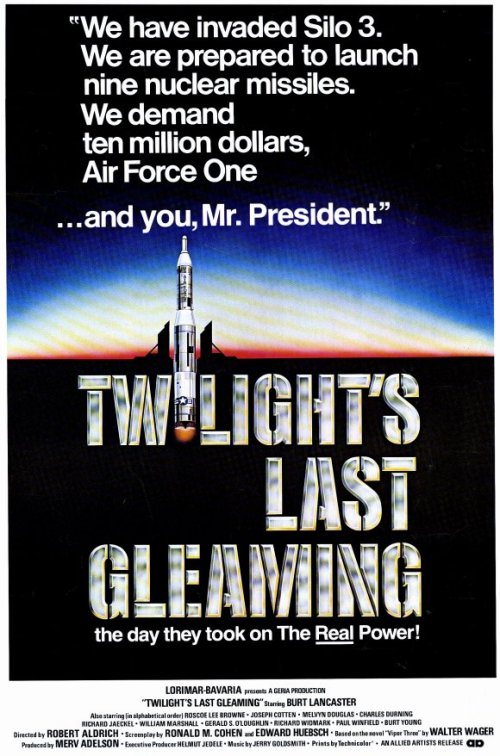 Loosely based on the novel ‘Viper Three’ by Walter Wager the story centers on Lawrence Dell (Burt Lancaster) a former military general who was sent to prison on trumped on murder charges, but manages to escape and is now out for revenge. With the help of three accomplices (Paul Winfield, William Smith, Burt Young) he breaks into a nuclear silo and threatens to launch it unless the President (Charles Durning) agrees to come clean on the government’s secret agenda in regards to the Vietnam War.

I’ve never read the film’s source novel, but have been told that this takes many liberties with it. The biggest problem is that it jumps ahead too quickly showing the four men right away breaking into the silo when it should’ve started back further to when they escaped from the prison and how they were able to get the access codes in order to break into the silo system to begin with. Winfield has a few great lines and Smith’s hair-trigger personality allows for interesting conflict, so these characters should’ve remained, but instead they are unwisely killed off leaving only Lancaster to pace around nervously, which quickly becomes boring.

Whenever someone escapes from prison the nearby area gets warned usually through the media. Certainly military personnel would’ve been put on high alert and thus making Dell’s ability to break into the silo, which was too easy to begin with, much less likely. The fact that a crazed general could break into a silo system and threaten to start WW III and have it never leaked to the media is highly unlikely as well, which along with various other loopholes makes this thing hard to fully get into.

Charles Durning is a great supporting actor, but here is badly miscast as the President. His facial expressions during his phone calls with the other Generals warning him of what is going on are unintentionally comical and too much time gets spent focusing on him contemplating on whether he’ll given into Dell’s demands until it seems like he is the star and Lancaster only a secondary player. Having him described as being an ‘honest politician’ and ‘a President who would never lie’ seems like an oxymoron as I don’t think a politician could even survive in Washington if they weren’t able to spin the truth sometimes and only helps to make the character seem too idealized.

This thing though really ‘jumps-the-shark’ at the end as I cannot imagine any circumstance where the secret service would allow the President of the United States to enter into a nuclear silo all alone and be used as a hostage. If they were real desperate they might try to pawn off an imposter in an attempt to fool them, but never the actual President as it would put him into too vulnerable a position. Also, the ‘shocking secret’ about why the U.S. got involved in the Vietnam War really isn’t all that earth shattering and certainly not worth sitting through simply to find out.

Director Robert Aldrich’s prolific use of the split screen is the one entertaining aspect and almost enough to overlook its other many faults, but at best it’s only a mindless programmer that manages to elicit minor tension only if you don’t think about it too hard. 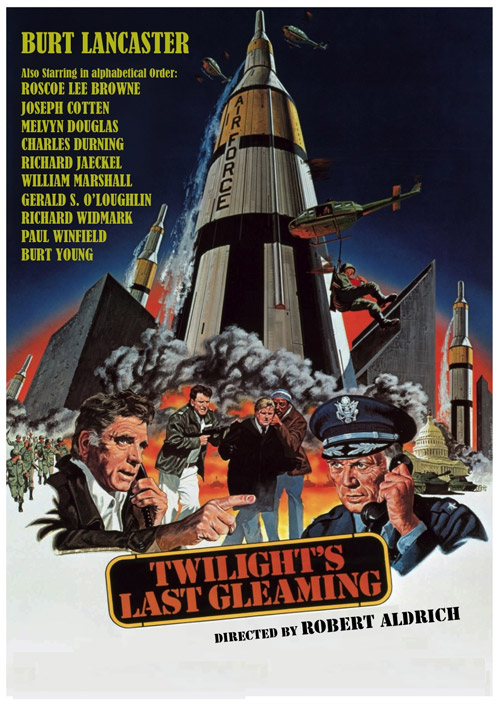