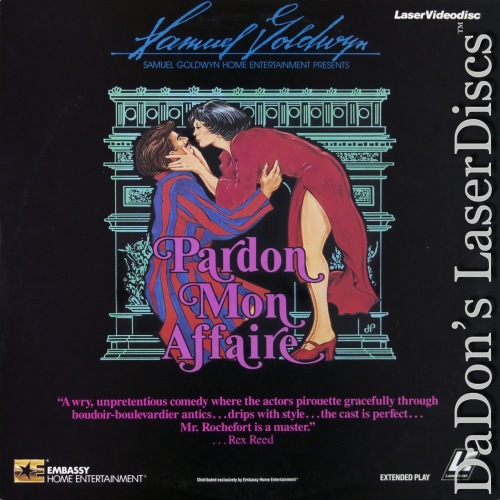 Etienne (Jean Rochefort) is a mild mannered, middle aged man who has lived a practical lifestyle both with his marriage and career and then one day goes absolutely gaga over a beautiful model named Charlotte (Anny Duperey) that he spots by chance in a parking garage. He goes to great, tireless lengths to meet her with no regard to how it is upsetting and even destroying his once quant and secure life.

This is the French version of what was later Americanized in The Woman in Red starring Gene Wilder. For the first five minutes the two films are almost identical as the opening scenario plays out in exact same fashion frame-for-frame, but then after that there are some distinct differences with this version being far superior to the remake. The disintegration of Etienne’s friend Bouly’s (Victor Lanoux) marriage is much funnier here as the philandering character gets upset when his wife leaves him we will realize its more because of his inflated, deluded ego thinking that somehow he is such a ‘great’ guy that his wife will tolerate his misgivings and when the harsh reality hits him that she won’t it’s a genuinely amusing meltdown to see. I also liked that the film cuts to a reaction shot of the main character as he observes his friend’s meltdown, which helps tie the scene more into the central plot and something that the Wilder version did not do.

I also liked how this film digs to a deeper level in regards to Etienne’s relationship with his male friends showing how competitive they are at times with each other, which is something that occurs even in the best of friendships, but when it counts they are still there to help their friend out of jam which came off as being very natural and real. The side story dealing with the homely female office worker which is played by Gilda Radner in the remake is also better handled. In the American version like with this one the character mistakenly thinks that Etienne is in love with her and not the model and when he doesn’t show up to their ‘dates’ like she expects she gets quite upset and trashes his car, but here Etienne attributes her outrage to the idea that she is aware that he wants to fool around with the model and thus does these things to defend his wife’s honor, so therefore he does not retaliate when she destroys his property for fear she will then go to his wife and tell her. In the remake this is never explained, which makes the main character’s reluctance to retaliate after his property is damaged seems strange and confusing.

This movie also has a side-story dealing with the daughter’s boyfriend hitting on Etienne’s wife something that only gets slightly touched upon in the remake. Here it gets played out more and the scenes watching this 17-year-old kid clumsily try to come on to this much older woman who has no interest in him are some of the most amusing moments in the movie.

The acting here is far better as well. The Charlotte character seems more like a real person instead of a one-dimensional sex object as LeBrock did. Rochefort is much funnier than Wilder and sports a brown mustache, which makes him seem very Inspector Clouseau-like. The American version, in an apparent attempt to make the protagonist more ‘marketable’ to a mass audience, conforms more to mainstream values by being portrayed as constantly guilt-ridden, but the character here is not shackled with such restraints and the way he recklessly chases after the woman even as it causes him more stress is what makes the movie so funny. It also has some very astute observations about marriage, middle-age, sex and the male animal while the remake is just vapid, silly escapism.

I presume the reason why the nuances of this one didn’t get transferred to the Hollywood version is because the producers felt that American audiences would not be ‘sophisticated’ enough to pick up on them, which is why I tell everyone who considers themselves to be a film lover to be sure to stay abreast of the foreign films that are out there. In most cases they are much more original, creative and observant to the human condition than anything that’s come out of Hollywood and the main reason for this is that they are treated more like an artistic endeavor with the director given full control while here the films are forced to work within a studio driven formula and treated more like a business byproduct made to give a profitable return on their investment and nothing more. 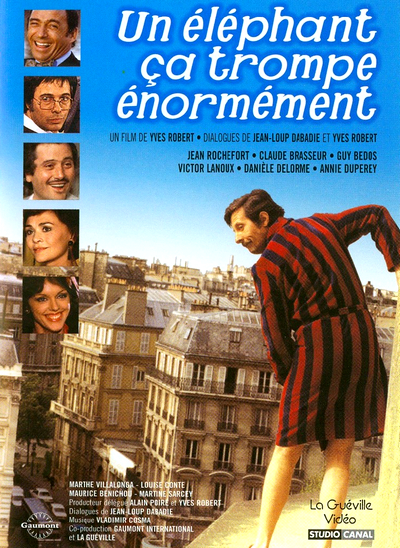