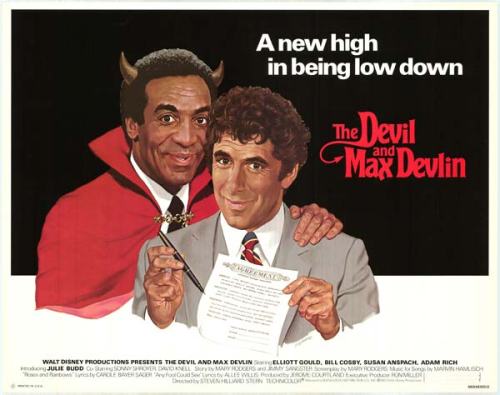 4-Word Review: Working for the devil.

Max (Elliot Gould) works for a slumlord and does whatever he can to make life miserable for the tenants who rent from him. After getting run over by a bus while trying to chase down a delinquent tenant he finds himself in hell and face-to-face with the devil (Bill Cosby) who gives him a deal that will allow him to get out of dealing with ‘Level 4’, which is supposedly one of the harsher penalties for hell dwellers. The deal consists of Max getting three people to sign over their souls at which point Max’s will be freed, but as Max gets to know the people including that of 10-year-old Toby (Adam Rich) whose mother Penny (Susan Anspach) he is interested in marrying he becomes reluctant to follow through with it.

This movie was part of Disney’s effort to break away from the kiddie-like slapstick of their 70’s films and become edgier and more ‘hip’. This film along with The Black Hole, Condorman, and Tron where all produced to attract an older teen audience and gain a trendier appeal, but it pretty much failed and this movie was the worst of them. Part of the problem is that the main character is a man in his 40’s, which kids and teens cannot relate to. Most films need to have a protagonist the same age as its intended audience in order to build that connection and this one doesn’t. It’s also very slow with little or no action. I found myself completely bored with it during the second hour and I can only imagine what a 10 or even 13-year-old must have felt. The humor is minimal and not funny. It also lacks any type of ‘coolness’ with a plot that isn’t any more sophisticated than the formulaic stuff it had already been churning out, which at least was engaging on a mindless level, which this one isn’t.

I liked the scenes shown from hell, but that is about it. The script, which was written by Mary Rodgers who had earlier success with Freak Friday seems unable to understand things from a teen’s perspective while being quite predictable in the process. Also, the reasons for Max going to hell, which include cheating on a test in the 4th grade and stealing candy from a store as a child seem awfully trite. If hell truly does exist and minor stuff like that is enough to get people sent there then the majority of us will be going and heaven will be a very empty place.

Gould does surprisingly well, but I still felt he was miscast. Cosby is wasted and barely even used although the scene near the end where he appears in devilish makeup is effective and creepy. Anspach is equally wasted and Ronnie Schell who plays as an aggressive talent agent wearing some very loud suits is seen much too briefly.

This one is a definite pass even for Disney fans. It’s too edgy and scary for little kids, not hip enough for teens while being too watered down for adults. 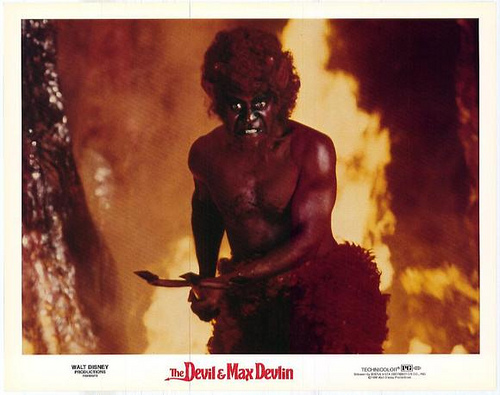