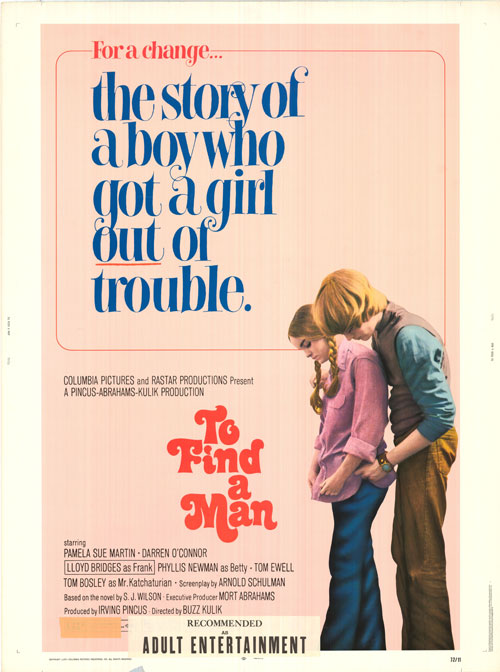 Rosalind (Pamela Sue Martin) is a teenager attending an all-girls Catholic school who finds out that she is pregnant. She can’t tell her parents (Lloyd Bridges, Phyllis Newman) and some of the advice that her girlfriends give prove to be useless. She decides she wants an abortion, but doesn’t know where to go so she turns to one of her guy friends named Andy (Darren O’Connor) who is a bright student and a little more sophisticated. After being scolded by his family’s live-in maid Modesta (Antonia Rey) as being too selfish he decides to go out of his way to help Rosalind with her problem even if at times she seems to have no appreciation for it.

I know the phrase ‘they don’t make movies like this anymore’ has become a modern-day axiom especially when reviewing films from this era, but in this case it fits, but not for the expected reasons. In a lot of ways this is far more open-minded about the controversial subject than anything you might see today. It manages to nicely avoid the political issues and instead tells a refreshingly realistic story about teenage friendship that respects the intelligence of its intended audience without ever getting preachy or overly-sanitized.

The film also manages to be surprisingly funny particularly at the beginning when Rosalind and her naïve friends come up with all sorts of insane ways to try to terminate the pregnancy on their own, which may sound potentially offensive to some, but somehow scriptwriter Arnold Schulman and director Buzz Kulick balance it well enough to keep it at an innocuous level. They also manage later on to shift it seamlessly towards the serious side as it shows in vivid detail the cold, ‘business-like’ attitude of those working at an abortion clinic and the impersonal way they treat people that come to it.

Martin in her film debut is excellent playing a character that is not necessarily likable, but still quite human and believable for that age. O’Connor in his one and only film appearance is equally good and it’s great to see a teen lead that is smart without being particularly fashionable, trendy or attractive.

Bridges is excellent as the girl’s father and the unique friendship that he has with O’Connor is quite interesting. Ewell is a standout as the abortionist in the final sequence that manages to be stark, compelling and strangely moving.

In a lot of ways this is more a story about the flawed human beings that we all are and how sometimes when it’s least expected they can do some amazingly selfless acts in this slice-of-life film that is surprisingly both touching and upbeat. It’s also quite similar to Our Time, which came out 2 years later and also starred Martin. 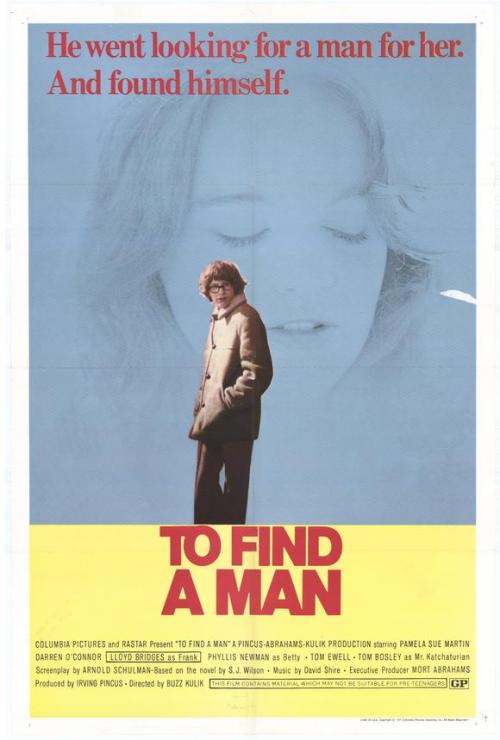