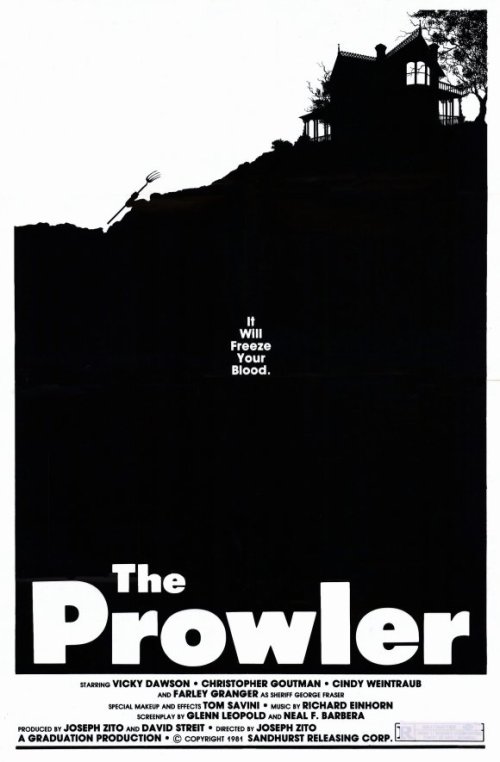 A gruesome murder is committed during a graduation dance in 1945. Now, thirty-five years later, the town decides to hold another one and soon the gruesome murders start back up.

The film does have an unusual opening for a slasher film, which consists of actual newsreel footage from World War II. It also nicely recreates a 1940’s dance scene. The presence of veteran’s Farley Granger and Lawrence Tierney help a little, but not much. Neither is seen a whole lot and in the case of Tierney isn’t even given a single line of dialogue. Bill Nunnery comes off best in his brief appearance as a lazy and apathetic hotel clerk. There is also a good moment of juxtaposition featuring the girls dressing up for the dance while cutting away to show the killer dressing up to kill them.

However, the movie is incredibly boring and redundant. There seems to be no point to the murders from before and why it was even put in seems ridiculous. The teen characters are one-dimensional and useless. The scenes that are supposed to be intense and scary become excessively dragged out until they become dull. The much ballyhooed special effects by Tom Savini don’t seem all that gruesome. The killings are pretty much standard stuff with most consisting of just a quick slash to the victim’s throat and then cutting away. The only decent one involves the death of a nude shower victim via a pitchfork. One particular killing seemed hard to believe if not completely impossible. It involved the killer putting a large knife all the way through the top of the victim’s skull and then out the bottom of his jaw with just one swoop. Then somehow the killer is able to easily take this same knife all the way back out, clean if off, and use it on his next victim. The girls are decent looking, but there needed to be a lot more nudity to make it worthwhile.

Despite attaining a cult following I found the film to be unimaginative and formulaic. The killings are boring and there isn’t one single scare or fright in it.