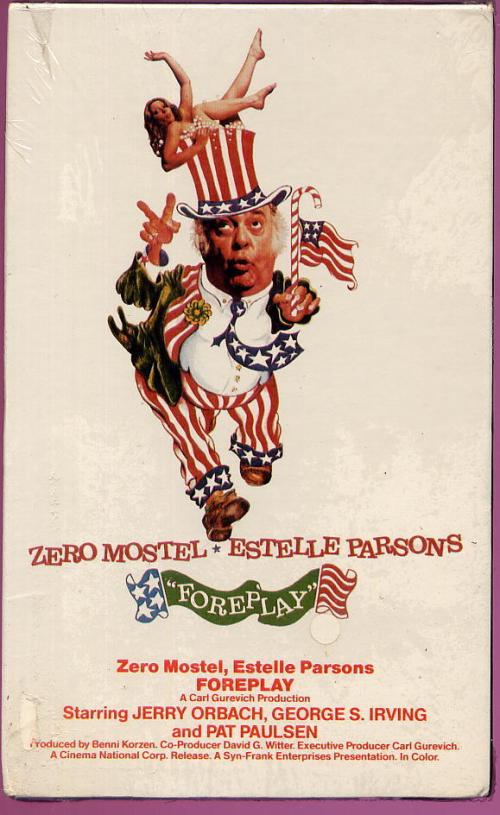 This is a boring, flat, and completely disastrous attempt at sex comedy. This is the type of teaser T & A picture that gives all other T & A pictures a bad name. Out of the entire running time there is less than a minute of any actual nudity. The sex jokes are stupid and a child could watch this and not be overly shocked. It also looks like it was meshed together on the smallest of budgets.

The film is structured much like a horror anthology with three different stories all based on the same theme in this case sex. The first one features comedian Pat Paulsen as a lonely man who buys a realistic looking sex doll (Deborah Loomis). The doll is supposed to be Polish, but her accent sound more like it is Swedish. This segment is somewhat interesting because Paulsen plays against type here. He is much more emotional and hostile. He even ends up swearing at his own mother (Sudie Bond). There is also an amusing bit of seeing him trying to get the doll, with her stiff arms and legs, into a taxi cab. However the segment goes by too fast and the ending is really stupid. Paulsen also sings here and it sounds as bad as you might expect.

The second segment features Jerry Orbach as a writer going through writer’s block. Here you see the film’s one and only offensive sight, which is having to witness George S Irving in a bikini bottom. He plays Orbach’s muse and takes him back into time to reverse certain sexual conquests that he initially bombed at. One amusing bit has him in a game where he must undress a beautiful lady in sixty seconds in order to have sex with her. He does only to find that she is frigid. Like with the first segment this one also has a really stupid ending.

The third and final story sounds like a winner, but fails terribly. It consists of Zero Mostel as the President whose daughter is kidnapped. As ransom he is forced to have sex with his wife (Estelle Parsons) on national television, which ends up being incredibly dull and unsexy. The only amusing bit, and it is a very brief one, is when one of the secret service agents has to frisk the first lady before she is allowed to hug her husband. Both Parsons and Mostel play dual roles neither of which is funny.

The film is sleep inducing. Although many sources list it with a very brief running time it ran a full 90 minutes on the print I saw, which of course only means more minutes of boredom.