Three Vietnam protesters (Brandon De Wilde, George Stanford Brown, Phil Vandervort) are arrested and taken to jail via a paddywagon driven by Officer Roddenberry (Dub Taylor). Along the way Roddenberry pulls over to relieve himself and while he’s outside one of the prisoners uses a wire to pull on the gear shift and make the vehicle move, which runs over Roddenberry who was in an out-house. The three then escape to a nearby air force base and get on a plane carrying a bomb that they threaten to drop onto Fort Knox unless they’re given their freedom.

This very budget-challenged production has a grainy look and a lame soundtrack that quickly makes it a relic of its era. There were so many other better produced films that came out in the same time period that took the same potshots at the army, politicians, and the establishment that it seems virtually pointless why anyone would feel the need to sit through this one as it adds nothing new to the already tired anti-war spoof genre.

The script though, which was co-written by Dick Gautier, who also gets cast as the plane’s co-pilot, and famous ‘Hollywood Squares’ host Peter Marshall, does have a few engaging moments. The conversation that Larry Hovis, who probably comes off best out of the entire cast, has with army general Keenan Wynn, is quite amusing. The moment when macho pilot Robert Lansing spontaneously kisses George Stanford Brown smack on the lips as they attempt to wrestle a gun from each other is pretty out-there especially for the time period. The bit at the end where the army personnel are stuck in an enclosed room and busily kick a live grenade away from each other and to someone else, who just kicks it back to the person who sent it to them, has an amusing quality to it as well.

Unfortunately the film creates a lot of strong characters and then doesn’t know what to do with them. Stanford Brown makes for a formidable lead, in fact the film was reissued with the title BLACK JACK because of his very dominant presence, but then he parachutes out of the plane along with most of the other air crew just as the dynamics between them were getting interesting. Had the film remained focused on the men inside the plane and made it more of a character study showing how their interactions between them changed during the course of the stand-off/flight this might’ve been interesting, but instead it spends too much time on the ground dealing with a petty, bickering fight between Wynn and Tim O’ Connor, which becomes cartoonish and silly.

De Wilde, whose last film this was before his untimely death in a car accident in July, 1972, is boring. He certainly looks the part with his long hair and jaded hippie-like facials expressions and light years away from the innocent child characters that he played in Shame and The Member of the Wedding, but his character has no pizzazz and nothing to say that is interesting or even remotely funny. Stanford Brown was the one that gave it energy and once he goes this already flimsy production goes with it. 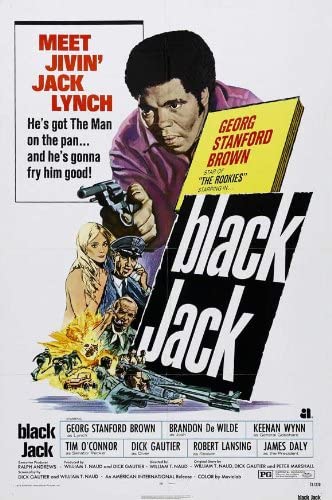