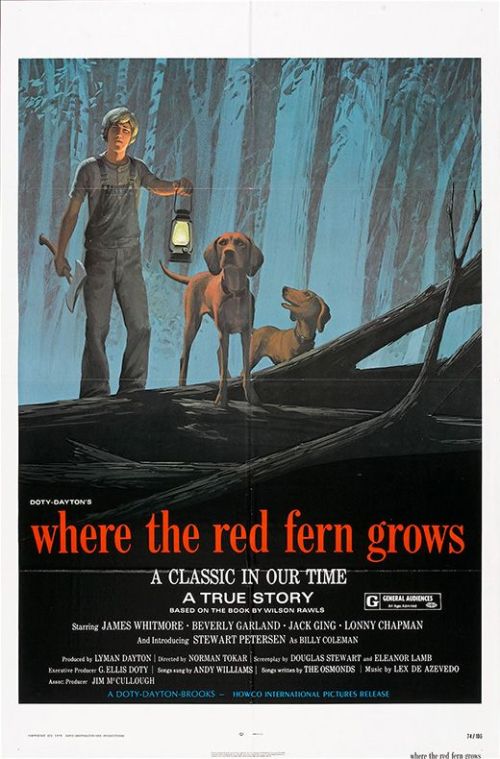 Billy Colman (Stewart Petersen) is a 12-year-old boy living on a farm in rural Oklahoma during the depression. He becomes obsessed with owning a coon hound which he can train to hunt raccoons. His family is too poor to buy him one, so he spends his summer doing a number of odd jobs until he’s finally able to buy two Redbone Coonhound puppies, which he raises and trains into becoming championship hunting dogs.

The film is based on the 1961 novel by Wilson Rawls, who provides the opening voice-over narration and the script here closely follows the action of the book. It was directed by Norman Tokar, who seemed to specialize in stories of young boys bonding with their pets as he also directed the film versions of Big Red and Rascal. The production was clearly done on the low budget side, which is distracting at first, but eventually meshes with the stark, rural, and economically challenged setting quite nicely.

While the story seems believable enough and may open some viewer’s eyes, such as my own, to the sport of coon hunting, which still thrives today in certain parts of the country, I found certain elements of it to be hard to believe.  For instance Billy decides to walk all the way from his lonely farmhouse to the town of Tahlequah, which is 30 miles away and apparently able to do it in one day. I was also not sure how he would be able to find the town since he did not travel along any type of highway or road, but instead trudged through open fields and without the benefit of either a map or a compass.

The scene where Billy intentionally trips a nasty boy by the name of Rubin (Rex Corley) which causes the kid to fall on the ax that he is carrying and dies seemed questionable from a modern day viewpoint simply because everybody believes the story that Billy tells them and no charges were made. The film and book, which I remember reading in the 6th grade and in fact this is the only part of the story that I remembered, portray this as being an unintentional accident, which it was. However, these days the kid could potentially be put on trial for manslaughter charges especially since there was clearly bad blood between the two, but maybe it is a testament of simpler times that everyone, including seemingly the victim’s parents, believe the story he tells them without question, but in any other era that might not have been the case.

I found it interesting to see Beverly Garland, whom I first became aware of when she played Fred MacMurray’s second wife in the TV-show ‘My Three Sons’ and who looked quite middle-aged then, but for some reasons gets cast here as a young housewife and manages to somehow pull it off despite nearing 50 at the time. Petersen though, who got cast after a long auditioning process of over 500 candidates, is only adequate, but doesn’t quite hit the mark especially with his inability to convey anything other than one facial expression. I also thought the coonskin cap that he ends up wearing made him come off looking like a Davy Crockett or Daniel Boone Jr. although maybe back in the day that was considered ‘cool’.

Certain animal right’s activists of today may not take kindly to what was once considered just a ‘charming’ coming-of-age tale. Although no actual killing of any animal is ever shown it is certainly heavily implied. It got to the point where I started to feel sorry for the raccoons particularly during the hunting competition where night after night different hunters would go out into the forest to see how any many they could catch and then come back with the numerous pelts that they skinned from them making me wonder if there could possible be any raccoons left to kill.

The film though does manage to end on a strong note although even here this gets botched because as the family goes to the dog’s grave to see this magical red fern growing on top of it we also see a big boom microphone hanging down from the top of the screen , which completely sucks all the magic right out of the scene. This same story was remade in 2003 and in 2018 a 45-minute documentary was released showing behind-the-scenes footage/stills of the movie as it was being made and also featuring interviews with the actors. 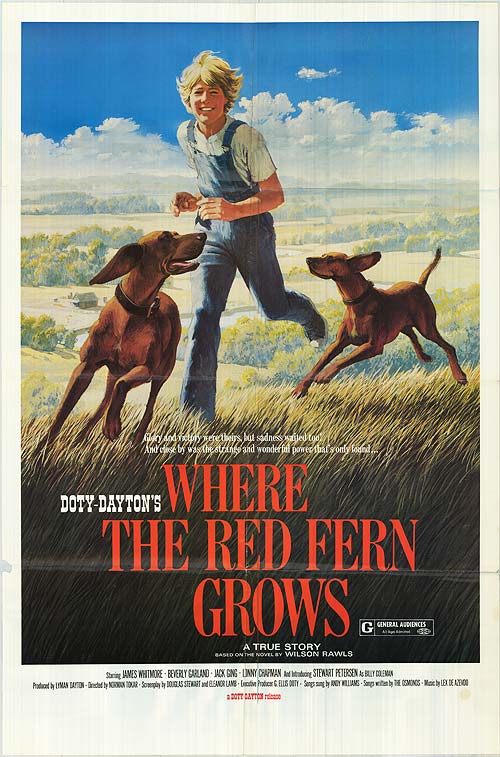 Posted in 70's Movies, Drama, Movies Based on Novels, Movies for the Whole Family, Movies with a rural setting