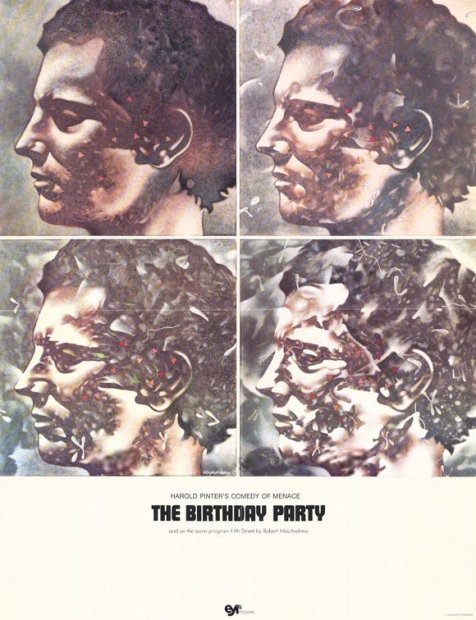 4-Word Review: Tear up the newspaper.

Since tomorrow will be my birthday I wanted to come up with a film that had birthdays as its theme and found this bizarre but fascinating obscurity. It is the story based on the play by Harold Pinter of Stanley Webber (Robert Shaw) a mysterious and private man who takes up lodging in a rundown British seaside house. He rents an upstairs room from Mr. and Mrs. Bowles (Moultrie Kelsall, Dandy Nichols) who are quite odd themselves. One day two men dressed in black suits (Patrick Magee, Sydney Tafler) come to pay Stanley a visit. They know something about Stanley’s past and their presence frightens him to the extent that it causes him to have a nervous breakdown.

On the surface this film shouldn’t work. There is an excessive amount of talking with dialogue that doesn’t say much and at times seems absurd. The set is drab and dirty with the camera seemingly locked down inside of it. There is never any explanation about Stanley’s past or what he is running from nor who the men are or what they know about him. The ending is elusive and the viewer will go away feeling more confused than they did at the start.

However, it is these ingredients that make the film so thoroughly intriguing. The seemingly banal dialogue is simply a façade for underlying thoughts and feelings. What Stanley is trying to run from is unimportant because it is really not about him at all and is instead more about ourselves, human nature and the quandary of our existence. It’s an examination of people’s futile attempts at trying to escape from who they are only to have society and life catch up with them. The set could be a metaphor for the inside of Stanley’s head. The grimy and decayed place symbolizes his decayed soul and the men in black suits are his conscience coming to haunt him.

Once you adjust to the eccentric narrative it then becomes a fantastic film for observing subtitles and nuance. Director William Friedkin shows a keenness for detail not only visually, but with the sound as well. The way the Magee character tears up a newspaper and the sound used for it could actually unnerve some viewers. Stanley’s meltdown scene is very unique and overall the direction is superb for such difficult material.

This movie was years ahead of its time, but for some it may be off-putting. However, it should be enjoyed by those who crave the avant-garde. It is also a rare chance to the see the normally strong-willed Shaw playing a very weak and vulnerable character. Nichols is also a stand-out playing an Edith Bunker type with a perverse streak lying just beneath the surface. 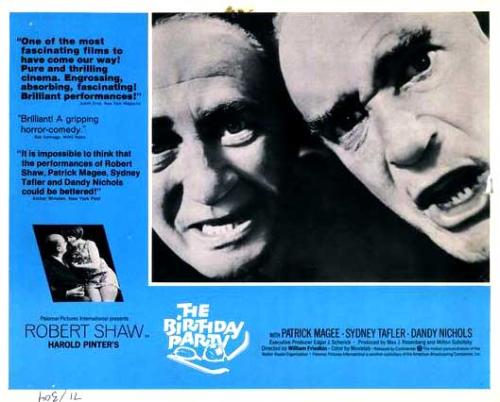