The Corruption of Chris Miller (1973) 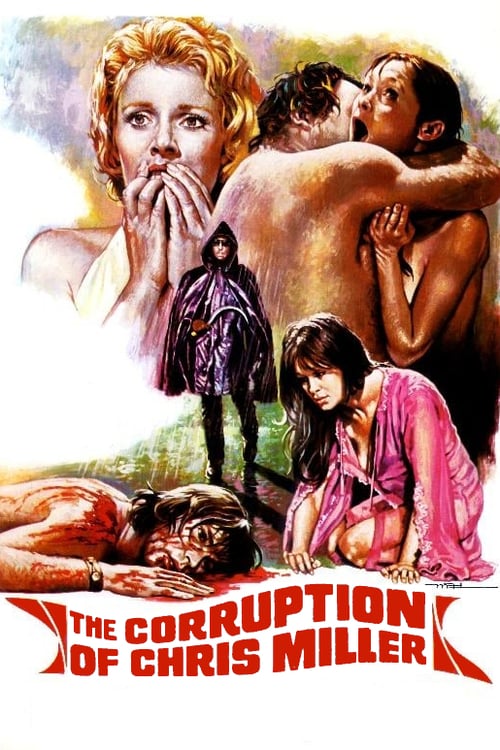 4-Word Review: Is he the killer?

Ruth (Jean Seberg) has been abandoned by her husband leaving her alone in his large isolated estate with only his daughter Chris (Marisol) to keep her company. Chris has issues of her own as she was raped years earlier as a teen while in the girl’s shower at her school by a weightlifter and whenever it rains the sound of  falling water brings back the horrible memories, which cause her to lash out with a sharp object, as if defending herself, to anyone who comes near. Ruth has learned how to talk her down from these episodes, but she’s getting tired of dealing with it as well as the hateful comments that Chris gives her as she blames Ruth for her father leaving them. Barney (Barry Stokes) is the drifter who comes into their lives. Initially it was just for the night, but as he gets to know the two and their inner-dynamics he becomes intrigued as well as sexually attracted to Chris. He and Chris begin a romance, much to the displeasure of Ruth, who wants Barney to herself. Meanwhile there’s a rash of killings that are going-on in the nearby town and Ruth and Chris begin to believe that Barney may be the culprit.

The film was helmed by renown Spanish director Juan Antonio Bardem and while differing some from the giallos released in Italy this is still considered in high regard by fans of the genre. Bardem’s use of mood and atmosphere are the main selling points. The house, both the one that Ruth and Chris reside in as well as the stately country manor that gets featured during the opening murder, are given strong foreboding presences and the non-stop pounding rain adds an eerie element.

The gore isn’t quite up to the level of Italian horrors. There’s lots of blood, but the onscreen violence is minimal. There’s also a lot of soft-focused shots of horses galloping and of the beautiful Marisol riding on one until it almost seems like a non-horror film, but there’s enough underlying intrigue to keep it interesting through the slow spots. The climactic stabbing more than makes up for it as it features shots of the blade going directly into the naked flesh of the victim versus done over clothing where the prop knife can more easily be concealed. It also gets done in slow-motion, which makes it look even more horrifying, but in a visually striking sort of way.

The acting is excellent and includes Seeberg, who was once the darling of the French New Wave during the early 60’s, but by this time had gracefully grown into middle-aged roles, of which she does well though her facial expressions are a bit overdone. Marisol, whose career began as a child singer, is terrific too and in some ways she upstages her co-star with her distinct eyes, which have an hypnotic effect that focuses your attention on her in every scene that she’s in.

The twist ending is original though questionable. The reveal of the killer, played by Rudy Gaebel, is a bit mechanical as no explanation is given for what lead police to him, we just see him carted away in hand-cuffs, where having a smoking-gun reason that the viewer could understand would’ve been more satisfying. Having the townspeople celebrate his arrest seemed a bit precipitous as sometimes murderers can still have mistrials, or be deemed not guilty by a jury, so just having some guy nabbed by the authorities doesn’t end things it’s just the beginning especially since police can be known to sometimes arrest the wrong person.

Having pea sprouts grow through the cracks in the tar of the roadway, which causes the road crew to dig up that portion of the highway where they then discover the dead body of Barney, which Ruth and Chris buried there, is a problematic too. First I’m not sure pea sprouts would be a strong enough plant to create such cracks and it would take many years for that to happen. The police wouldn’t necessarily know who buried him as Chris was only seen in public with Barney once by a family that eventually got murdered, so there’s otherwise no direct link between him and the women. Therefore the discovery of  the corpse would not immediately lead to the women’s arrest, as the movie seems to want to imply, if ever.