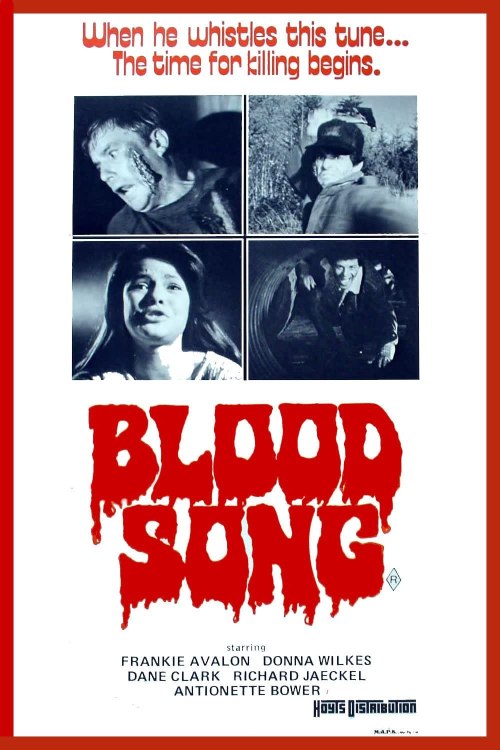 Filmed entirely on-location in Coos Bay, Oregon with a script written by Frank Avainca, a former rock singer, and Lenny Montana, a former wrestler. The story centers on Marion (Donna Wilkes) a teenager whose leg got injured years before when her father (Richard Jaeckel) accidentally ran over it while intoxicated, which forces her to wear a brace. It was during surgery while trying to repair it that doctors gave her a transfusion from a very rare blood type. The only one that had this same type was Paul (Frankie Avalon) who had been institutionalized since he was a child after witnessing his father murder his mother and her lover after the father caught them in bed together before then seeing the father kill himself. Paul manages to escape from the institution and while Marion goes on living her life she begins seeing visions of Paul murdering other people. Nobody believes her when she tells them about it. One day she goes walking in the woods and comes face-to-face with Paul as she witnesses him burying one of his latest victims. She is able to run from him at that point, but begins living in terror that he’s now stalking her, which he is.

The only redeeming thing in this cardboard horror is the performance by Wilkes with this being the second of the three horror films that she did during the 80’s. While she was already 22 at the time it was filmed, which was in October of 1980, she still comes across very much like an actual adolescent. She also gives a likable performance making you care about her character and thus more wrapped-up in the story than you might otherwise. I did though take issue with the crippled leg. If you have a person with a noticeable handicap than that needs to come into play. Here though it really doesn’t. She does run with a bit of limp, but still able to get way. If she has a bum leg then running should’ve been completely impossible otherwise what’s the point of introducing the bad leg in the first place? She then would’ve been forced to find another way to get away from him, which in-turn could’ve made the story more creative and the victim’s quandary more unique.

Avalon was a famous teen singer during the late 50’s and early 60’s before graduating to movies, particularly the Beach Party ones. Then in the late 70’s he had a career resurgence with his appearance in the hit film Grease, but by the 80’s he was back to irrelevance, so I have no idea why they thought this former teen heartthrob would make for a good psycho other than the producer apparently seeing him guest star on an episode of ‘Fantasy Island’ and from that gave him the role. His performance though is one-note and having the killer revert to a child-like voice and mannerisms at times, in an effort I guess to show that he has a ‘split personality’, is corny and cliched.

The dream sequences, in which Wilkes supposedly sees things from Avalon’s perspective, isn’t believable because if that were the case then she wouldn’t see the killer’s face, unless of course he were looking in a mirror, which he never does. It would’ve been far more intriguing if the killer’s identity hadn’t been known until the end and thus heightening the tension because everyone she would meet could be the culprit and she and the viewer wouldn’t know. The explanation for the psychic connection with him (the blood transfusion) should’ve been kept a secret until the end as well and thus adding another layer of mystery instead of spelling it all out right away and then plodding to a predictable finish.

The climactic chase, which takes place inside a saw mill, offers some diversion, but not enough. Having her sent to a mental hospital after she is found by the police, is stupid. Apparently this was because when they searched the lake where Avalon fell into they didn’t find his body, only the body of another one of his victims, the saw mill nightwatchmen, and thus causing them to believe that Wilkes was the killer, but why didn’t they consider the possibility that the real killer might’ve just swam away? Taking a murder suspect to jail first is realistic and then once they’ve been examined by a court appointed psychiatrist would they possibly be turned over to mental facility versus having them immediately taken there like it gets done here.

The final twist, where Avalon dresses up as a Dr. at the mental hospital in order to get into Wilkes’ room, I figured out the moment they showed someone wearing a white Dr’s jacket, but not revealing his face, making the ‘big surprise ending’ no surprise at all. It’s also a cop-out because we never find out if he killer gets caught. They should’ve just continued the chase inside the hospital and culminating in a final climactic showdown between the killer and victim instead of ending it with all sorts of loose ends.