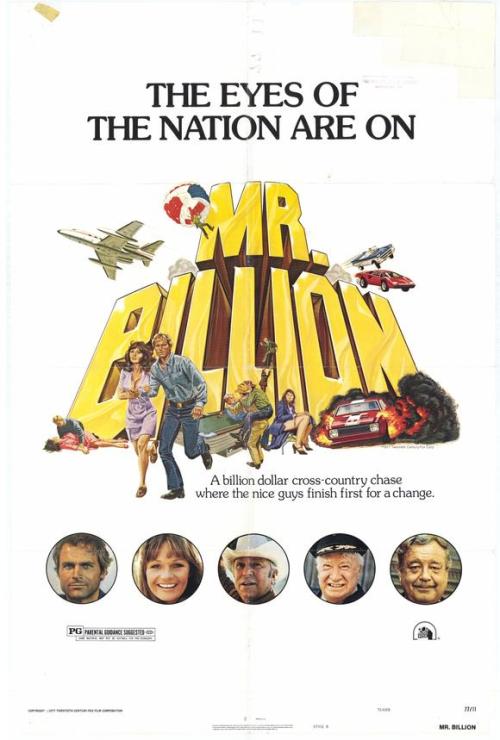 When his rich uncle dies in a freak accident humble mechanic Guido (Terence Hill) learns that he has inherited the man’s billion dollar fortune. However, everything is contingent that he sign the legal papers at precisely 12 Noon on Monday, April 12th in San Francisco in order to receive the money. John Cutler (Jackie Gleason) who has worked many years in the uncle’s corporation wants all the money for himself and will do anything to stop the signing, which requires Guido to travel across the country in various forms of transportation to get there.

This was Hill’s American movie debut, but the results and effort are mediocre at best. It was written and directed by Jonathan Kaplan, who was still in the Roger Corman production phase of his career, which makes the film come-off looking like just another pedestrian dive-in fare that he had been doing up to that point. The plot is thin and unimaginative, relies too heavily on car chases to make it interesting, and gets filled with a lot of logic loopholes that just don’t add up.

Hill gets upstaged by the talented supporting cast of characters actors at every turn. Sam Laws as an aging black man who brings Hill home with him only to end up getting into a big argument with his son (Johnny Ray McGhee) about it is fun as is R.G. Armstrong as a stereotypically over-the-top southern-styled sheriff. Gleason is a lot of fun here too especially his facial expressions and reactions that make his scenes enjoyable.

There are a few interesting moments including a helicopter crashing onto a little league game and all the people shown, from a bird’s-eye perspective, running out of their homes to witness the accident. Watching the police vehicles getting smashed-up in a stock car race is cool too and the aerial views of the Grand Canyon where the characters battle each other while literally teetering on the edge of a massive cliff are breath taking. Unfortunately there are a lot of slow, dull moments in-between. The dialogue is not sharp enough to be consistently amusing and the script is too run-of-the-mill like it was written in a matter of hours with no heart or thought put into it at all.

This film also marks the last screen appearance of William Redfield. He was an actor who had been working in films since 1939 when he was just at child, but never gained much fame until he was in One Flew Over the Cuckoo’s Nest. However, it was while working on that film that he got diagnosed with leukemia. He decided to forge on with his acting work as best as he could and here he looks perfectly healthy, and even plays a character that has an interesting arc, and yet he ended up dying just month after filming had completed. 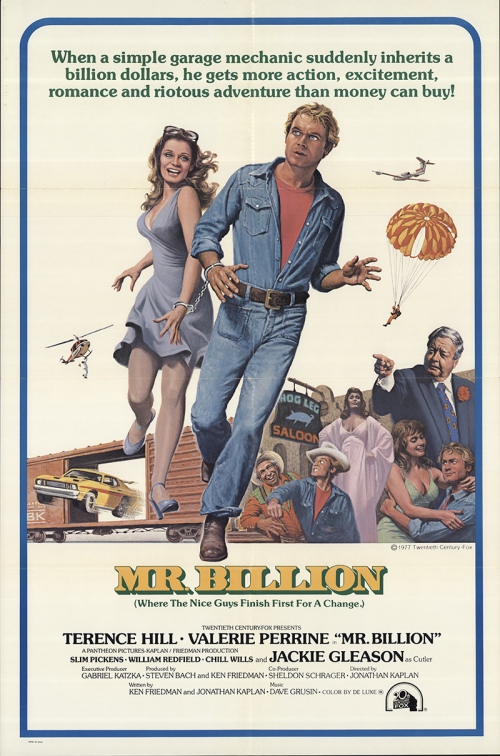 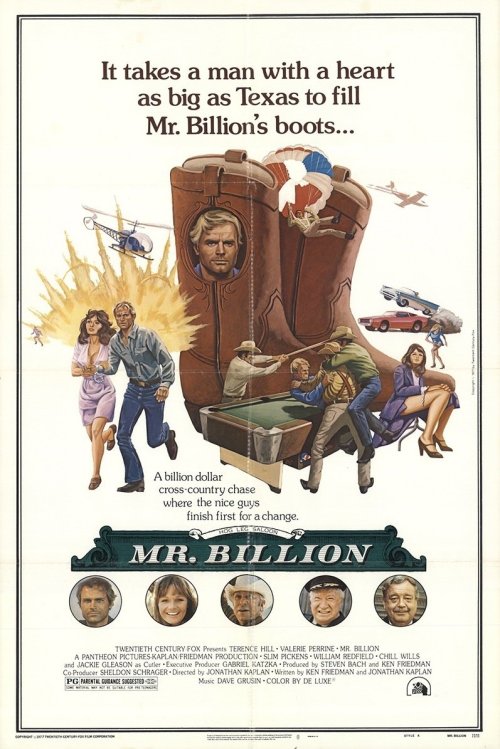