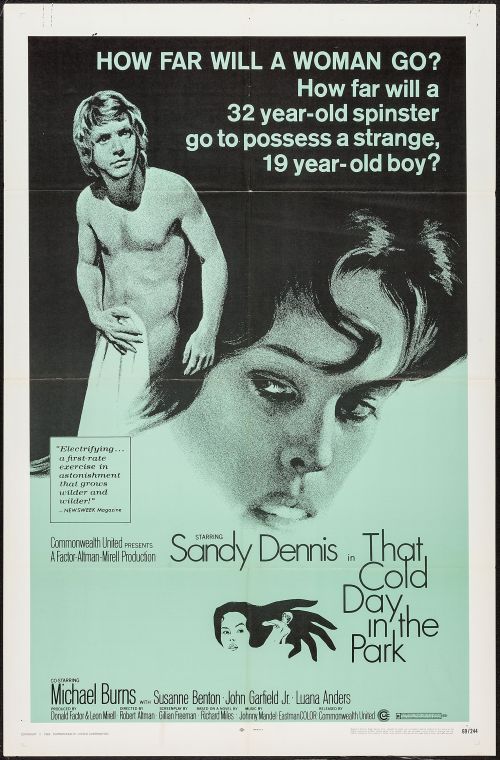 Frances (Sandy Dennis) is a rich, but lonely woman living a reclusive life inside her luxury Vancouver apartment with only her service staff to keep her company. One day she spots a teen boy (Michael Burns) sitting all alone on a park bench while it’s raining. She decides to invite him up to her apartment where she gives him food and a shower and becomes very attached to him despite the fact that he does not speak. Unbeknownst to her he has a whole other life with friends and family, but decides to exploit Frances’ generosity for his own gain only to learn that Frances has her own devious plans in mind.

The film’s only interesting aspect is Robert Altman’s direction, which is far different from the later movies that he did in the ’70’s, which emphasized conversations going on by secondary characters who weren’t always even in the scene, which here occurs only once when Frances goes to a doctor’s office, but is otherwise non-existent. Instead Altman successfully captures Frances’ isolated condition including the quiet apartment atmosphere where the viewer feels as trapped inside the four walls of the place as the character’s and the idea that there was an actual film crew on the set with the actors seems almost hard to believe. I also enjoyed the way the boy’s family life is shown by having the camera remaining outside and peering into the house’s windows to capture the action and dialogue going on inside.

The film fails though to be compelling as there is no reason given for why Frances feels so compelled to bring in this boy, or why this otherwise pretty, able-bodied woman should be so alone in the first place. One scene even has another middle-aged suitor propositioning her with a relationship, which she coldly refuses, but why? Is she more into teen boys and if so this needs to get explained and the reason given for it.

Dennis is an interesting actress, but isn’t up to playing characters with a sinister side and she’s a bit too young for the role. An older woman such as Ingrid Bergman would’ve been far better able to convey the age disparity between the two characters, but she unfortunately refused the part when offered. Burns is only adequate and the fact that he doesn’t initially speak makes the dynamics between the two interesting and the film should’ve delayed the fact that he could talk until the end, instead of revealing this in the middle part, which takes away any potential for mystery and intrigue.

The ending, which consists of Dennis trapping Burns inside her apartment makes no sense. The fact that she nails the windows shut is ridiculous as he would only need to pry the nails out of the wood, which he successfully does to a few of them anyways, in order to open the windows back up and get out. He is also physically stronger than her and the fact that she uses no weapon means he could overpower her if he wanted. Besides his family already knew where he was as his sister (Susanne Benton) came to visit him and would most likely come looking for him when he didn’t come home, so having it end by portraying him as a helpless hostage with no way of escaping is quite weak and unsatisfying. 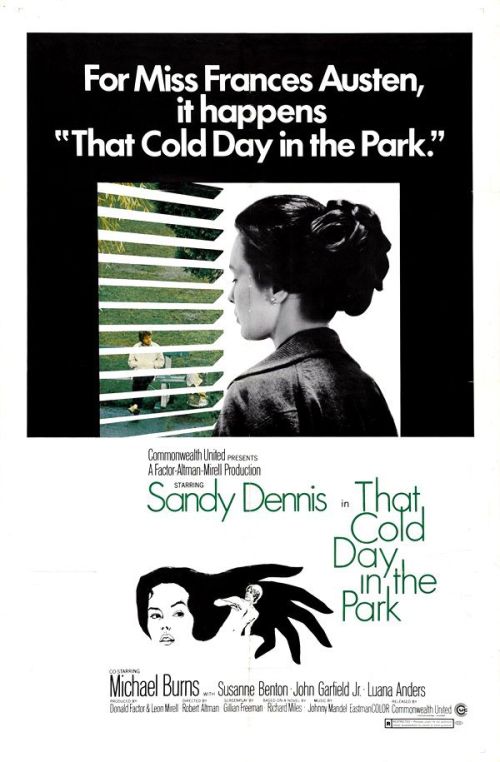