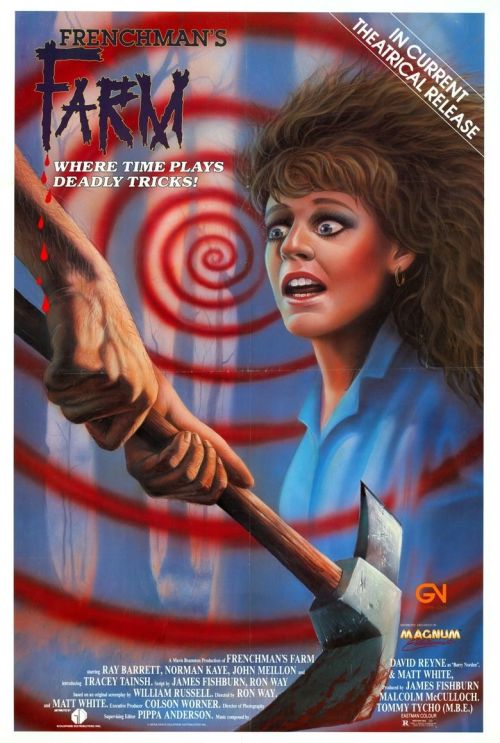 4-Word Review: Witnessing a past murder.

Jackie (Tracey Tainsh) goes traveling in her car throughout the Australian countryside while bush fires rage all around her. When her car breaks down she visits the nearest farmstead for help. It is there that she finds herself suddenly swept back to the year 1944 where she witnesses a murder and then just as quickly she comes back to the present day. When she tries to tell others what happened nobody believes her, but eventually her boyfriend Barry (David Reyne) takes up her cause and with the benefit of old news articles help find the real killer and the secret behind what motivated it.

Although marketed as a horror flick, it seems more like iffy sci-fi and could’ve easily have been targeted to a pre-teen audience since it’s not all that tense, or scary, especially with the majority of it filmed in the bright sunny daytime. When it does finally take place in the darkness of night a cliched thunderstorm gets conveniently put in while the killer is made out to being a ghost who pops in and out like it’s The Ghost and Mrs. Muir.

Initially I kind of liked that that she didn’t stay stuck in the past and was able to be her own detective, which kept me intrigued for awhile yet it started to make me wonder why the time traveling event occurred to begin with, which the movie has no suitable explanation for except to say that the bush fires created some sort of ‘atmospheric disturbance’, but if that was the case why was she the only one affected? The film also does a poor job of recreating a past era, as Jackie and her boyfriend go back to the farm where the murder occurred, but do it in the present day and yet the trees in the backyard where she witnessed the killing 40 years earlier all look the same even though they should’ve either died or grown bigger.

I found it annoying too that the boyfriend, who has a generic ‘surfer dude’ presence, starts to take over the investigation even though it really wasn’t his personal battle to solve. In order for him to take such an interest he should’ve been transported back in time with Jackie, or for a more original touch, it could’ve been Jackie and a female friend who witnessed the killing and then proceeded to becoming amateur sleuths together.

A few veteran Aussie character actors, such as an aging John Meillon, help give it some stature, but the production overall is quite bland and how it ever got considered as being a part of the Ozploitation genre, which stands for Australian exploitation cinema, is beyond me since outside of a brief skinny-dipping minute there’s nothing titillating or shocking about it.

The ‘surprise ending’ is also really dumb and doesn’t even involve the main character who gets phased out of the storyline before the ending even comes about, which is not satisfying for the viewer to follow a character around  for the whole movie only to have her ultimate fate left open to a murky explanation. 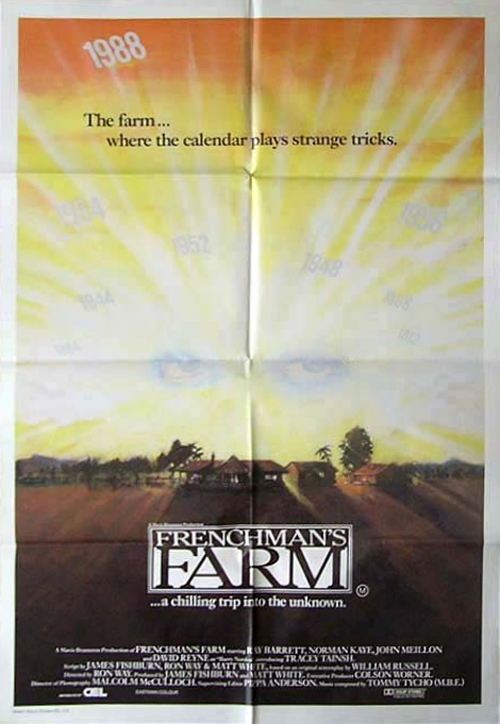