Ray (Tom Hanks) spends his vacation milling about his suburban home while keeping a close eye on his new neighbors that are rarely ever seen, but at night their basement emits strange noises and lights. Mark (Bruce Dern) and Art (Rick Ducommun) are two other men living in the cul-de-sac who notice the same things. Together they decide to form a strategy by finagling their way inside the rundown place and seeing what exactly is going on in there especially after another neighbor, the elderly Walter (Gale Gordon) mysteriously disappears.

Director Joe Dante has had a lot of success at doing films that mixes elements of horror with dark comedy, but this exercise fails almost immediately because there is nothing scary about it. In fact the humor and threadbare story are so innocuous that it becomes downright boring after about the first 10 minutes. The film fails to have much of a second or third act and the light doses of humor and action sprinkled about barely make up for it. The whole thing comes off like something written by an unimaginative novice that was more suited for an episode of an anthology series than a feature film.

Hanks manages to be marginally funny and Carrie Fisher makes for a good anchor as his no-nonsense wife, but Dern gets wasted as what starts out to be an over-the-top caricature of a right-wing gun-toting radical that soon gets as watered down as the rest of the script. He does manage to get in a few of his ‘Dernisms’, which was mainly due to the fact that the actors were allowed to ad-lib their own lines due to the fact that it was shot during a writer’s strike, but the part isn’t half as funny as it could’ve been. Also, in real-life a person like him wouldn’t be married to such a hot-looking younger woman and it would’ve been more impactful had the actress cast as his wife been his physical equal. I also wondered why they had so much free time to spend milling about the neighborhood. Hanks’ character was on vacation, but what was their excuse?

The ultimate revelation as to who the neighbors are or what they were doing is quite stale and almost like a non-event. If you are actually considering thinking of sitting through this thing just to find out that answer I would suggest that you don’t bother as it’s not in any way worth the effort. Also, there is never any explanation for what the neighbors were really doing, why they have a trunk full of human skulls, or why they would summon the police when they think their house has been broken into.  There is incriminating evidence at their residence, so why bother risking having the police come over to find it? Since they clearly didn’t have any problem killing people why didn’t they just attack the would-be intruders like they had done to their other victims? 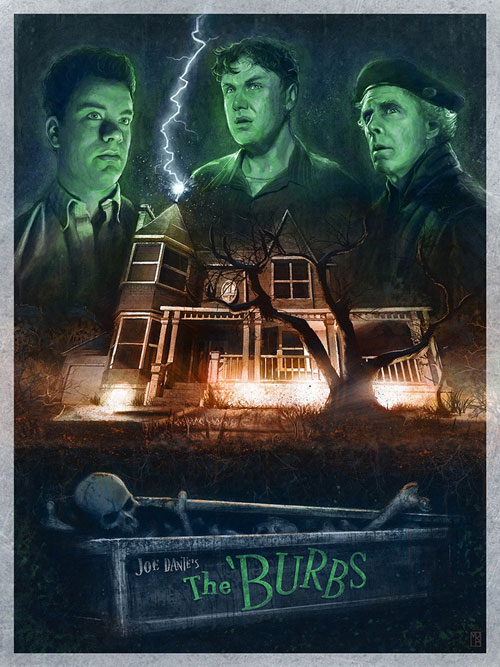