Hoax (Stephen Geoffreys) is a socially challenged high school loser living at home with his religious fanatic mother (Sandy Dennis) and longing to one day become as cool as his neighbor Spike (Patrick O’Bryan) who gets all the hot chicks. Then one day Hoax calls a phone number that promises to supply him with his daily horoscope but instead gives him demonic powers that allow him to get revenge on all of his bullies.

This is the first of only two theatrical features that actor Robert Englund has directed and the visual results are impressive. I enjoyed the set pieces that have a garish over-the-top quality to them and helps give the film a comic book-like look. Although the gore is limited I did find some of the other special effects to be cool including the final sequence where Hoax’s home turns into the gateway to hell.

The script has a lot of in-jokes, which keeps the proceedings on an amusing level, but it takes too long for the actual plot to get going.  The nerd-on-revenge theme has been done a million times before and ultimately makes this film come off as clichéd and derivative.

Having Hoax’s looks change into resembling a demon backfires as it reminded me too much of the Freddy Kreuger character particularly with the long fingernails on one of his hands and his deep voice, which even  starts to crack  Freddy-like one-liners. Whether this was intentional is open to debate, but it does drive home how uninspired this film ends up despite an opening that showed promise.

The best thing it is the presence of Dennis who plays an extension of the wacky, eccentric character that she did in a classic episode of the 80’s version of ‘Alfred Hitchcock Presents’. The only difference is that there her character owned even more cats and spoke in a more bizarre way, but the variety of wigs that she wears here makes up for it. Also what happens to her corpse after she is killed is the film’s most shocking moment. 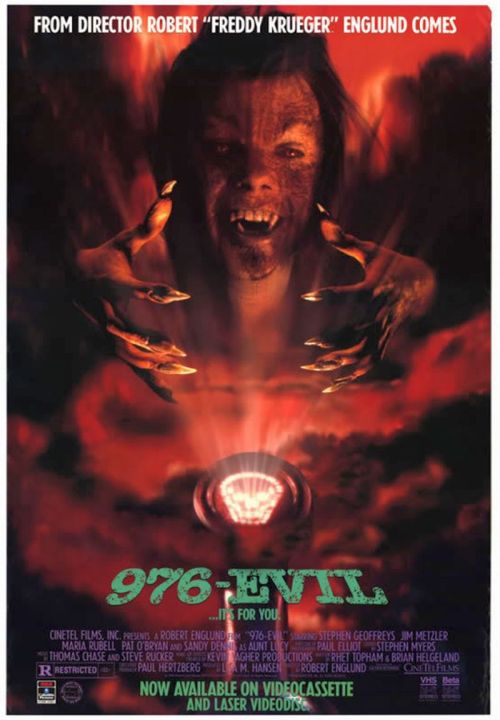