Although John Hughes is credited as the co-writer he had nothing to do with the script and the majority of blame for this mess goes to Robert Klane. Klane burst onto the scene during the early ‘70’s with the brilliant Where’s Poppa that deserves to go down into the annals of all-time original comedy, but his output since then has proved to be mediocre and the uninspired humor here is no exception. The comedy in the first installment was solely focused on all the amusing elements that can occur when a family takes a trip, but here gags of any kind get thrown in with much of them being crude and pointless.

The performers who play Rusty and Audrey are poor replacements to the ones in the first film. Anthony Michael Hall was asked to reprise his role, but decided to commit to doing Weird Science instead. After he bowed out it was decided to then cast a new person in the Audrey role as well, but the presence of the teens here is not as fun. In the first film they were portrayed as being the sensible ones, which made for an amusing contrast to the more child-like Clark, but here they are straddled with the generic issues of the everyday teen, which isn’t funny or interesting and includes Audrey dealing with an eating disorder and having a nightmare where she stuffs her face full of junk food, which is gross.

There is also a potpourri of recognizable character actors who appear briefly in bit parts and include : Eric Idle, John Astin, Paul Bartel, Robbie Coltrane, Moon Unit Zappa and Victor Lanoux all of whom get wasted to the point where I was surprised they even agreed to appear unless they just really needed the money. The side-story dealing with the Griwolds and some thieves is dumb and looks to have been written in simply to pad the running time.

Chase himself has gone on record to state that he dislikes this film and it’s easy to see why. The on-location shooting is nice, but everything else falls horribly flat. In fact the only funny gag in the whole thing is when Clark gets trapped in a London roundabout and is unable to make a left turn, which forces him to drive in circles for hours, which apparently isn’t such an uncommon occurrence. 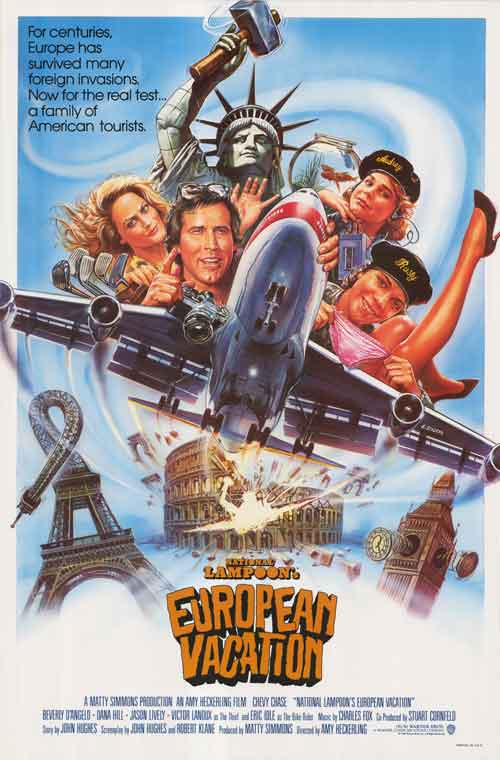