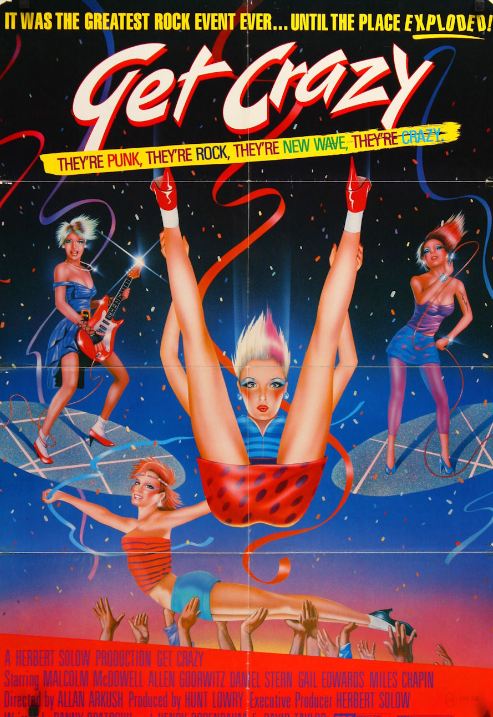 4-Word Review: Save the Saturn Theater.

Stagehand Neil (Daniel Stern) who works for concert promoter Max Wolfe (Allen Garfield) has his hands full trying to put together a New Year’s Eve bash to welcome in 1983. First he must deal with a persnickety fire marshal (Robert Picardo), an arrogant rock star (Malcolm McDowell) and raucous, stoned fans who will stop at nothing to get into the event even if they haven’t paid. He also must try to stop Colin Beverly (Ed Begley Jr.) who wants to blow up the theater and replace it with a high rise business building. They’ve even planted a bomb in the place that is set to go off when the clock strikes midnight unless Neil can somehow get to it first.

The film is directed by Allan Arkush who also did the cult hit Rock ‘N’ Roll High School and it has similar cartoonish, slam-bang paced gags as well as featuring some of the same actors including Paul Bartel who appears here as a Dr. wearing a blood splattered white coat and Mary Woronov. It also makes a playful reference to that film by having one of the characters (Stacey Nelkin) wearing a Ramones T-shirt. I ended up preferring this movie to that one as the humor has more of a satirical edge. 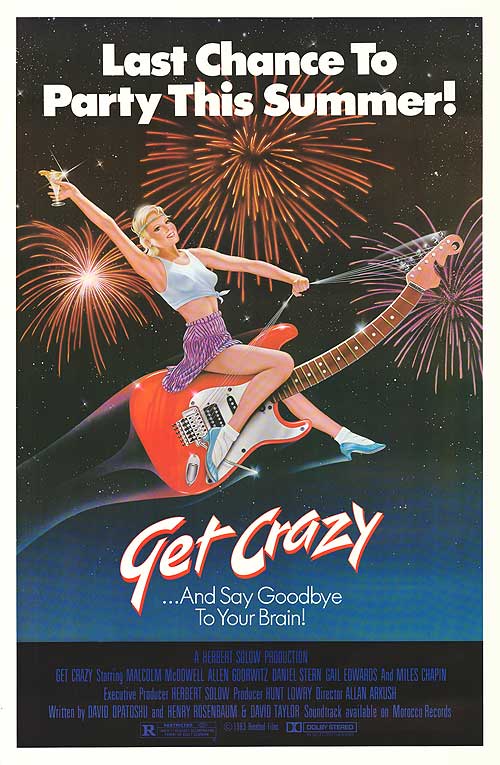 It’s all loosely based on Arkush’s experiences working at the Fillmore East Rock Palace between the years of 1968 to 1971. He initially wanted to make it more of a realistic, subtle comedy, but was only able to get it funded when he agreed to turn into an Airplane-like formula, but it still succeeds anyway. In fact one of the things I really liked about this film is it gives the viewer despite its exaggerated nature a good composite of what things are like for someone who would work at one of these places and the audience seems genuinely raucous and very much like what you would find at a wild rock party of that era.

Stern is likable in the lead and Miles Chapin is engaging as his would-be nemesis. Begley is a bit boring as the villain in a type of role that doesn’t take advantage of his talents, but singer Lou Reed as a songwriter going through a creative bloc who uses bits of random conversations that he hears as ‘inspiration’ for his lyrics is quite funny. The true scene stealer though is McDowell who sings two knock-out songs that are better than the ones done by the rock bands.

Although it was made and takes place during the 80’s  it still seems much more like a 70’s movie especially with the free-basing drug use, which had become out-of-style during the ‘just say no’ decade as well as unprotected sex between strangers. However, McDowell’s conversation with his talking penis while inside a dingy bathroom more than makes up for any of the film’s other shortcomings. I also got a kick out of the poster of him that features giant roaming eyes and a moving tongue. 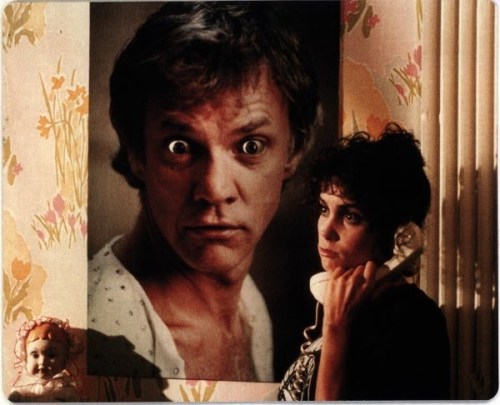