4-Word Review: Plagued by a curse.

Sal DeVito (J.J. Barry) moves from New York City to a peaceful small town in Vermont in order to further his career as an illustrator and escape the stresses of big city life. Unfortunately he hits and kills a young girl (Karen Lewis) with his car when she runs out onto the street. Although he ends up being exonerated the girl’s grandfather (William Robertson) still holds him accountable and places a curse on him. The curse makes Sal see a strange hooded figure in the distance as well as suffering from mysterious blackouts. To help rid him of it he goes to see a popular psychic in town named Adrianna (Kim Hunter), but her services prove to not be the solution he thought.

Like with most low-budget 70’s horror films this one has a lot of slow parts and extended scenes with extraneous dialogue that goes nowhere. The scares are at a minimum and the few that it does have aren’t real frightening. The hooded figure that Sal keeps seeing in the distance has a creepy quality to it, but the film should have done more with it. There needed to be more action, more confrontations, and just plain more horror. Even a child could watch this and not be upset by it. There are no special effects and although the production is technically competent despite its low budget I found it hard even calling it a thriller or horror film since the suspense is light.

I loved the on-location shooting done in Stowe, Vermont. The woodsy landscapes and green countryside is gorgeous and I liked the scenery better than anything else in the picture, which is another problem. Filming scenes in the bright sunny daytime doesn’t help create a spooky feeling and there needed to be more done at nighttime. There is a very dark ominous cloud overhead during the scene involving the accident, but that is about it.

Barry whose acting career was brief and minor plays a stressed-out character effectively, but I could have done without seeing him lying nude in bed. There is also an extended scene showing the couple sleeping in bed from different angles, which seemed inane and unnecessary. Kim Hunter appears very late in the picture and really can’t do much to save it.

This is a film that deserves its place in obscurity and unfortunately has nothing to distinguish it or make it worth seeking out. 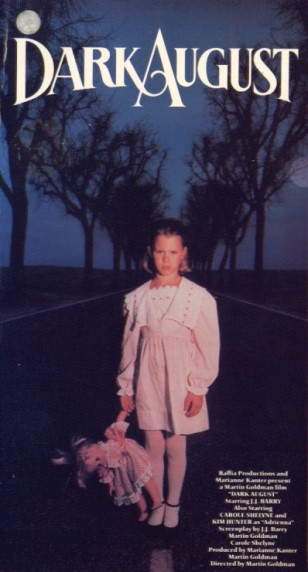