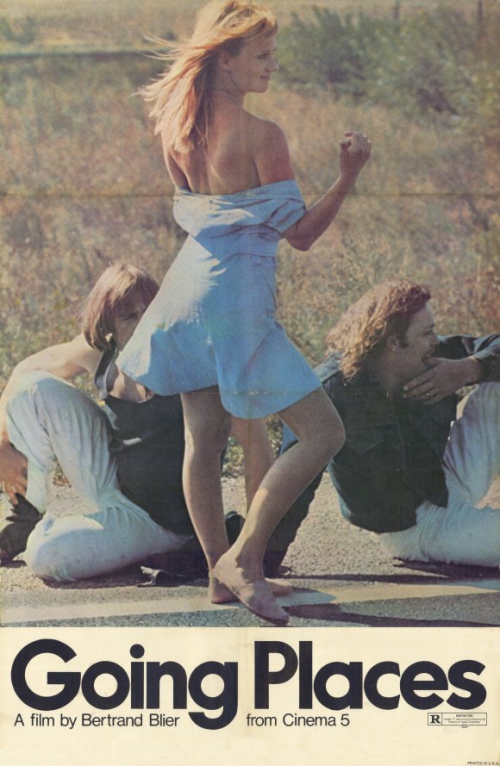 4-Word Review: Guys with no morals.

Two small time hoods (Gerard Depardieu, Patrick Dewaere) spend their days roaming the streets, robbing stores, and molesting women. In some ways this is truly an amazing film in what it is able to get away with. The two main characters are immoral, ignorant, insensitive, and brutal and the women are demeaned and degraded. The overall content is vulgar and perverse and yet somehow this thing comes off as a lyrical, offbeat delight that is pure entertainment.

It’s a definite original with every scene being an ingenious comic set-up. The scenario structure and use of locations is perfect. The pacing is fluid and director Bertrand Blier’s eye for detail near brilliant. The two hours move along like a breeze. It never gets boring and I actually almost wished it could have been longer.

The comic threads are hilarious and they get funnier and funnier as they go along. The guys’ constant, futile and very explicit attempts at getting a frigid woman (Miou-Miou) excited are a particular standout.

This is the type of black comedy that should be used as an example for all others. It’s consistently unique and manages to balance the ugly elements with the lighthearted without going overboard on either. It even throws in a surreal angle without a hitch.

Veteran French actress Jeanne Moreau has one of her finest latter career roles playing a lonely lady in desperate need of male attention. Her scene is well played out and even has a shocking conclusion. Depardieus ‘friendly’ conversation with a shopping mall security guard is another standout. The ultimate joke though may be in the film’s title as these guys are truly going nowhere.