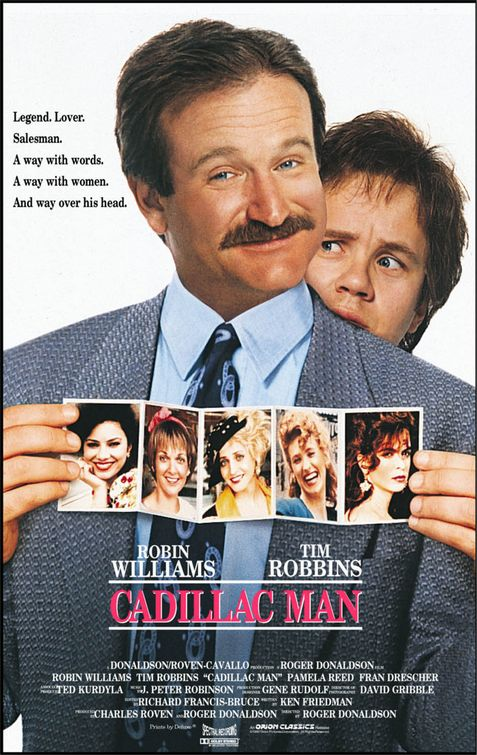 A jilted husband (Tim Robbins) goes off the deep end and with rifle in hand takes over a car dealership where he threatens to kill everybody inside. It’s up to Joey (Robin Williams) a quick-on-his-feet car salesman to use his ‘people skills’ to get everyone out of the predicament.

Outside of a funny opening funeral procession bit, the first thirty minutes are pretty dull. Too much time is spent on Joey’s interactions with friends and family members that are not funny or interesting. In fact the majority of the film seems more like a drama dealing with the daily stresses of life than it does a comedy. When the gunman first breaks into the dealership it is quite intense and even a bit horrific. The film does eventually catch its stride, but it all seems kind of transparent by the end. There is nothing to really distinguish this film from all the rest, which probably explains why it has pretty much been ignored. In many ways it seems very similar to Dog Day Afternoon.

However, I did like that everything is kept on a realistic and plausible level with dialogue and characters that are quite believable. Robbins makes for an engaging gunman and once the film settles into the hostage crisis there are a few genuinely funny moments. Fran Drescher’s pet poodle is memorable and one of the best pet performers I’ve seen.

If you are looking for a passable time-filler then this film has enough comedy and good moments to make it worth it, but it’s nothing more than that. Williams is energetic as always and it’s interesting to see him juggle both a comedy and drama here. It is also worth catching just to see Robbins in his breakout role.