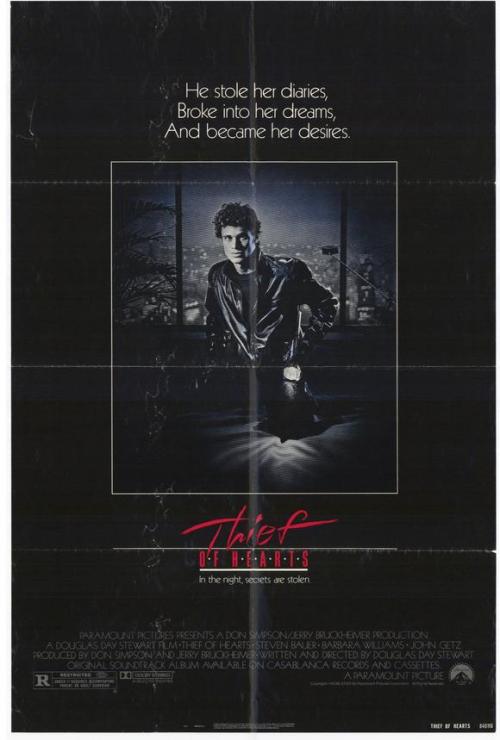 4-Word Review: He knows her secrets.

Scott, who is played by actor Steven Bauer looking more like a heartthrob than a common criminal, robs the house of an affluent couple. He takes the diaries of the wife Mickey (Barbara Williams) and begins to read them. He starts to obsess over her and decides to try to woo her by using the knowledge of her ‘secret fantasies’ that he has learned.

Overall this is a draggy, one-dimensional film that is too programmed to the female viewer and eventually becomes like a soap opera. Exploring one’s fantasy world could have been interesting, but this thing barely touches the surface especially since her ‘fantasies’ are so ordinary and predictable that they hardly seem like a secret at all.

The characters are standard and unappealing. There is Janie (Christine Ebersole) the nosy co-worker who always seems ‘horny’. There is also the self- absorbed husband Ray (John Getz) who is such a doofus you wonder how they ever got married in the first place. Mickey our heroine is supposed to be the sensitive and conscientious one. Her perpetually worried and uncomfortable expression is intended to signify this. Yet she surrenders to Scott and his very obvious courting with little or no resistance. She makes her marriage look like it was meaningless and her morals quite dubious. Most viewers probably won’t sympathize with her especially since her marriage really wasn’t that bad and was simply suffering from the typical growing pains.

The sex scenes are a bore and not even worth five cents at a peep show. The music is bland and the songs (by Melissa Manchester) forgettable. The resolution- like ending is too protracted. The film is also humorless, but does have one unintentionally funny scene involving Mickey’s very hooky redecorating of Scott’s otherwise cool looking pad that supposedly makes it look better, but really doesn’t.

The only good thing about this film is David Caruso. He looks different and much younger here. He plays his sleazy rat-like character to the hilt and gives this dud a real boost of energy and should be mandatory viewing for any Caruso fan.