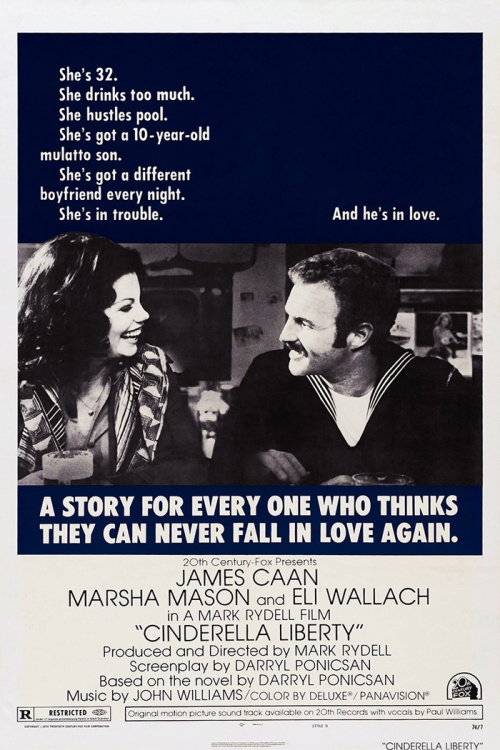 John Baggs (James Caan) is a sailor who checks into a Seattle, Washington naval base medical facility for a check-up and while there has his files lost and is unable to receive pay or new orders until they are found. While the navy tries to find them they give him a ‘Cinderella Liberty’ pass, which allows him to come and go from the base as long as he returns before curfew. During his excursions into the city he meets up with Maggie (Marsha Mason) a prostitute and goes back to her place for sex. It is there that he meets her biracial son Doug (Kirk Calloway). Despite the tremendous odds John finds himself falling-in-love with Maggie while trying earnestly to make a better life for Doug.

This is one of those films I enjoyed quite a bit the first time I saw it, but could not get into it as much the second time around, which is a shame as it does have a lot of good things going for it. Vilmos Zsigmond’s cinematography and the way he captures the seedier side of the city is one of the film’s chief assets particularly the vivid look at Maggie’s squalor of an apartment that no studio could possible recreate quite as effectively. Trying to mix romance with gritty reality while getting away from the soft focus and idealized view of love, which permeated a lot of romance films of the ‘70s is a noble and interesting effort. I also really enjoyed John Williams’s ragtime sounding score and the bouncy opening tune sung by Paul Williams.

The performances are excellent. For Caan this may be the best performance of his career and the role that most effectively works into his acting style. Mason is equally good and deserved her Oscar nomination alone through the strained facial expressions that she shows during the delivery of her child. The supporting cast is great too and includes Dabney Coleman, who wears a wig, as Caan’s crass, blunt superior and Eli Wallach as an old timer in the naval system who seems genuinely shell shocked at the prospect of having to survive as a civilian.

The film’s main fault is that I just could never buy into the idea of why John would ever want to get into the situation that he does. There might be some cases out there where a prostitute and one of her customers do fall for each other and start a relationship, but I would think they’re few and far between and usually doesn’t last. If anything it couldn’t be as extremely bad of a situation as it is here where the woman is a complete emotional mess living in squalor with a delinquent son and pregnant with another.

Several characters throughout the film keep asking John why he would want to get involved in something like this and his answer of ‘because it makes me feel good’ is not sufficient. A good relationship needs a healthy dose of give-and-take, but here John is doing all the giving. There isn’t much to love with the Maggie character anyways as she is extraordinarily irresponsible as a parent and at one point even abandons her son with not much more than a second thought.

Had the film emphasized John’s bonding with Doug and made this the focal point then I could see him wanting to have some limited involvement with the mother in order to help the kid, but the romance angle in this situation given the circumstances bordered on the insane and prevented me as a viewer from fully getting into it. 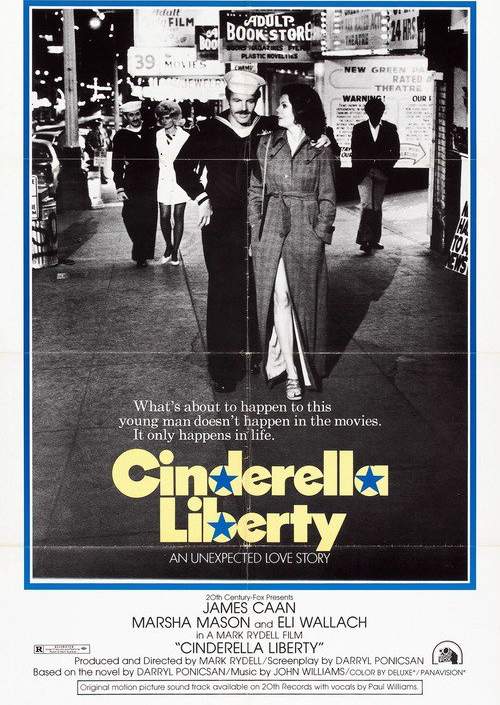 Posted in 70's Movies, Drama, Movies Based on Novels, Movies with Nudity, Romance

Jeff Gerber (Godfrey Cambridge) is a bigoted white man who wakes up one morning having suddenly turned black. At first he thinks he’s spent too much time under the sun lamp, but after he and his wife Althea (Estelle Parsons) try every concoction they can to return his skin back to its normal color and nothing works they finally accept the inevitable. Jeff’s lifestyle then changes in major ways. He loses his friends, his job and even forced to move out of his neighborhood giving him firsthand experience with how drastic the racial lines are.

The film was directed by Melvin Van Peeples who was at the front of the independent film movement during the ‘60s and doesn’t get enough credit for some of the groundbreaking films he made in that era, but this one remains his best and most famous work. While other films chose to present racial issues in very serious and dramatic ways this one takes the wacky comedy route and in a lot of ways becomes far more compelling. Some of the funniest moments comes when the characters discuss racial stereotypes, something filmmakers of today would shy away from for fear that they would be labeled racist, but here by bringing it all out-in-the-open it trusts that the viewer will see how silly and absurd they are without feeling the need to suppress anything.

Although Cambridge is never completely convincing as a white man despite an admirable job by the make-up department he still gives a splendidly engaging performance and without his presence this movie just wouldn’t have worked. Parsons is great as well with her character being quite supportive initially, but then eventually she turns her back on him like everyone else. Mantan Moreland is funny as a café waiter who laughs politely at all of Gerber’s dumb jokes when he is white, but gives him a completely different response once he turns black. Erin Moran can be spotted as the daughter and songwriter Paul Williams has a brief bit as a would-be employer.

There are moments where it shifts awkwardly between drama and comedy and there’s one scene where the action freezes completely and suddenly begins to display on-screen titles, which does nothing but take the viewer out of the story and should’ve been avoided. It also would’ve been nice had there been some explanation for why this all occurred. A potentially funny idea would’ve been having a scene where God decides to change Gerber into a black man to teach him a lesson and having the Almighty portrayed as being African American, which would’ve been considered quite edgy for the period and helped complement the already outrageous storyline.

Despite all the laughs the issues that it brings out are quite startling and not far from the truth, which makes this an integral part at revealing the problems that the black movement had during the early ‘70’s and still does and a film that deserves more critical praise than it’s been given. 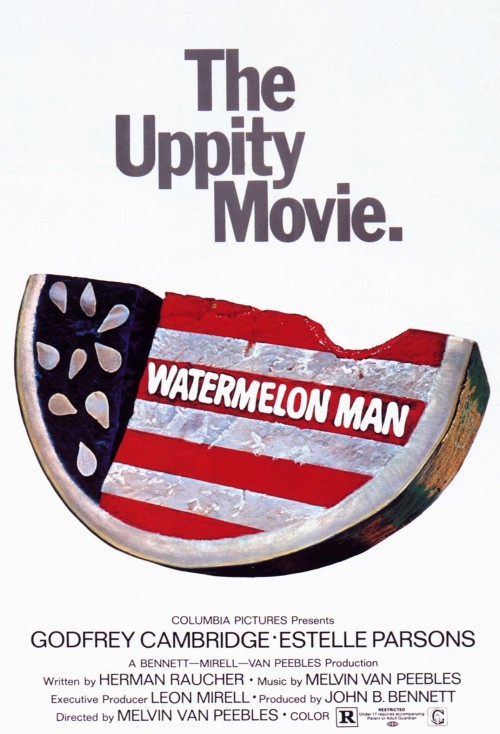