Chief Brody (Roy Scheider) fears that another shark is stalking the beaches of Amity when two divers disappear and then later a water skier and her speedboat driver are also killed. When Body goes to Mayor Larry Vaughn (Murray Hamilton) with his concerns the mayor and the rest of the council dismiss it and eventually fire Brody from his position when he continues to argue. His concerns are worsened when he finds that his two sons (Mark Gruner, Marc Gilpin) and their teen friends have snuck off onto a sailboat right were the shark attacks have been occurring.

Only four cast members return from the first one which includes the aforementioned Scheider and Hamilton as well as Lorraine Gary as Brody’s wife and Fritzi Jane Courtney as one of the council members. For me the biggest surprise was the return of Hamilton’s character as most likely he would’ve been voted out after making such egregious error in the first film and leaving the beaches open to further shark attacks after being told not to. I was also surprised that anyone would still want to come to the beach to swim anyways as the stigma of the area would most likely be quite strong.

Director John D. Hancock and his wife Dorothy Tristan who were first hired to direct the sequel had a much better, more believable plot idea. In their script Amity had become a ghost town and the economy in ruins. Mayor Vaughn and developer Len Peterson (Joseph Mascolo) build a resort on the island hoping to boost the tourism, but they use mob money to do it, which is why they end up resisting Brody’s dire warnings. Unfortunately the studio felt this concept was ‘too dark’ so Hancock and his wife were fired and replaced with a script by Howard Sackler and Carl Gottlieb that is basically just a bland rehashing of the storyline from the first one.

The first film was beautifully paced with each scene adding to the tension, but here there are a lot of lulls and the shark, which wasn’t seen much in the first one, doesn’t get shown enough here. The majority of time I kept feeling frustrated waiting for another shark attack to occur as any time the story is on land the film dies.

A good sequel should also always up-the-ante and having the plot built around just one shark doing all of the attacking just like in the first film doesn’t help to take the tension to the next level. Having a group of sharks attack at the same time would’ve helped add more shock appeal as people would now be battling sharks from multiple fronts and making the chances for survival all that more precarious.

Although it’s great seeing Keith Gordon and Donna Wilkes in their film debuts the rest of the teen cast is unlikable and the type of smart ass kids you wouldn’t mind seeing get eaten. There are also too damn many of them and the film would’ve been better served had it stuck to just Brody’s two sons on the boat and none of the others.

Thornton Melon (Rodney Dangerfield) is a successful businessman who runs a national chain of clothing stores despite having never attained a degree. Now his son Jason (Keith Gordon) is attending a university, but he feels like dropping out. Thornton though doesn’t want to let him, so he decides to attend college with him in order to inspire him to remain in school.

The film would’ve been far more interesting had Rodney been poor and struggling to better himself by finally going back to school, which is much more relatable since many adults do this all the time. Making him already wealthy saps the potential drama and reality right out of the story making it more like a game that he is playing with no real consequence. He doesn’t even take any of his studying seriously, so the idea that he is at least broadening his intellect fails here too. The side-story dealing with him being a world class diver is equally ridiculous as this out-of-shape, beer guzzling, 65-year-old man looks like someone who would barely be able to run half a block before dropping dead of a heart attack let alone achieving any sort of complex dive that no one else could do.

Casting Adrienne Barbeau as his shrewish wife was a mistake as she lacks comic ability making the barbs that she trades with him unfunny and what’s a young and beautiful woman doing married to a homely dope like Rodney anyways? Okay, so Rodney’s character here has money and that’s why she married him, but that plays completely against his stand-up persona where he portrayed himself as being this loser that got no respect. The wife should’ve been a female version of Rodney looks-wise while also a nag and thus heightening the stakes for the character to go back to school and succeed. Having him later fall in love with his beautiful English professor played by Sally Kellerman makes even less sense as the two had intellectually nothing in common.

Keith Gordon is boring as Rodney’s son and having the story go off on a tangent dealing with his romance with a pretty coed (Terry Farrell) is derivative and should’ve been avoided as the film is only amusing when Rodney is in it and dull otherwise. Gordon also looks nothing like Rodney and it’s confusing why exactly he’s not ‘fitting-in’. Casting some fat, bulging eyed guy to play a young version of Rodney would’ve been funnier while also making his social ostracism more understandable.

Burt Young’s character adds to the already weird quasi-surreal atmosphere by playing Rodney’s chauffer who despite being out-of-shape, short and middle-aged just like Rodney he somehow also possess super human strength and able to beat-up and even intimidate much younger, more muscular guys. It was like there was no motivation at all by the writers to actually tell a story that made sense and they were simply throwing in any gag that they thought up and hoping some would stick.

Robert Downey Jr. as an eccentric socialist student was the only supporting character I liked, but he is not in it enough. The script should’ve had him rooming with Rodney and examining how these two very different personalities could get along while getting rid of the son character completely. Then we might’ve had a character driven comedy that was worth watching. The film though as it gets done here is too transparent and despite being filmed on-location at the University of Wisconsin in Madison poorly reflects the actual college experience and will remind no one that has attended college of what college life is really like.

4-Word Review: Everybody sees only static.

Ernie Blick (Keith Gordon) works at a crucifix factory, but dreams of making it big with his secret invention. The whole town that he lives in is abuzz about it and many take bets as to what it is. However, once Ernie unveils it no one is impressed. Ernie insists that he has created a device that can show live images of heaven, but all anyone else can see on the TV screen is static. Ernie becomes frustrated that no one can appreciate what he has done so he hijacks a bus carrying a group of senior citizens in order to create a media event that will allow him to share his invention with the rest of the world, but things don’t go as planned.

The film has that refreshing look and feel of an authentic indie flick made long before it was trendy and still in its infancy of being a trailblazer for original ideas. It’s fun and clever most of the way including a memorable shot of Ernie’s weird crucifix collection. The humor is subtle and hip with a cool music selection from lesser known 80’s bands. Director Mark Romanek shows great visual flair with his use of unique settings and color designs. The dialogue and characters are both engaging and quirky. I also loved the opening credits, which features a small, static filled TV screen in the distant background along with the sound of a low hum, which I found to be strangely hypnotic.

Gordon, who co-wrote the screenplay, does well in a difficult role where the viewer is supposed to find him likable and appealing despite the fact that he is clearly a bit unhinged. Amanda Plummer as his girlfriend gets a rare turn as being the most normal one in the film, which is interesting. Bob Gunton has a few choice moments as a conniving preacher man named Frank and Jane Hoffman is amusing as a senior citizen who tries to help Ernie on his mission.

Unfortunately the story doesn’t carry the quirky idea to a successful completion. It might have worked better had there been some image of some kind seen and then everyone could’ve debated whether that was indeed heaven or not instead of just seeing static, which comes off like a big buildup to nothing. The satire is too obvious and its overall message frustratingly vague. The violent and completely unexpected tragic ending is jarring and unnecessary and ruins its otherwise pleasant, whimsical tone.

There is also a scene where Gordon and Plummer go to a restaurant and order food, but when it gets served they barely touch it and then a minute later get up and leave after paying the bill, but why pay for something or even order if you’re just going to leave it there untouched? This is an annoying thing that I’ve seen happen in other films as well. I hate to sound preachy, but sometimes when I see these types of scenes I feel like screaming ‘There’s kids starving in Africa, so don’t waste your food people’! 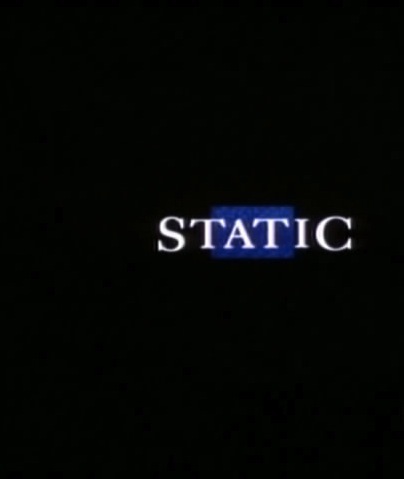