A group of former intelligence officials along with right-wing corporate capitalists conspire to assassinate President John F. Kennedy whose agenda they feel has gone too far to the left. Two teams of assassins are hired and they work in the desert to hone their shooting skills so as to be able to hit a moving target at 15 mph. Once this is accomplished they set-up a fall guy by the name of Lee Harvey Oswald to take the wrap while hiring another man, Jack Ruby, to kill him outright should he begin to squeal.

It may be a shock to some that in this age where conspiracy theories of the JFK assassination have now almost become the norm the cultural climate at the time of this film’s release was not for it. All the major Hollywood studios declined to offer financing and it was up to the film’s star Burt Lancaster and his good friend Kirk Douglas to put up the necessary funds just to get it made. Many television stations refused to run ads for it and due to the negative press it was pulled from theaters after only two weeks and resided in virtual obscurity before finally getting released onto VHS in the early ‘90s.

While I commend their attempt at getting the conversation going the results are less than compelling and the film fails to be riveting at any level. The reasons for planning the assassination are too broad and the characters are all uniformly colorless. The shooters themselves have no stake in the ultimate agenda other than they were paid to do it and in real-life there would’ve been a high chance that one of them would crack at some point or get nervous and make a mistake. The money that they were paid to do the job was not as much as you might think making me believe that once they ran out of it at least one of them would’ve gone to the press or authorities and divulged what really happened. The Jack Ruby link is weak. It is inferred that he does get hired to kill Oswald, but it never explains how they were ever able to get him to agree to do something that would most assuredly have him sitting in jail for the rest of his life.

There is also too much stock footage of actual news events of Kennedy and even Martin Luther King Jr. that gets shown. It doesn’t help propel the plot in any way and almost seems like it was put in simply to pad the running time. The recreation of the Dallas parade and Kennedy’s limo ride down the streets of the city is badly botched. While it’s nice that they filmed it on the actual site where it occurred it becomes painfully clear that there is no parade or crowds there. Instead they splice in old news reel footage of the actual parade, which they intercut with scenes of the actors playing the shooters, which they hoped would give the viewer the impression that they were all in tandem, but it doesn’t.

It was fun seeing veteran Hollywood stars playing bad guys for a change particularly Lancaster although he comes off as comatose and his hair looks disheveled in every shot. The film though doesn’t succeed at putting to rest anything. The plot is not believable and does nothing but create more questions than answers. 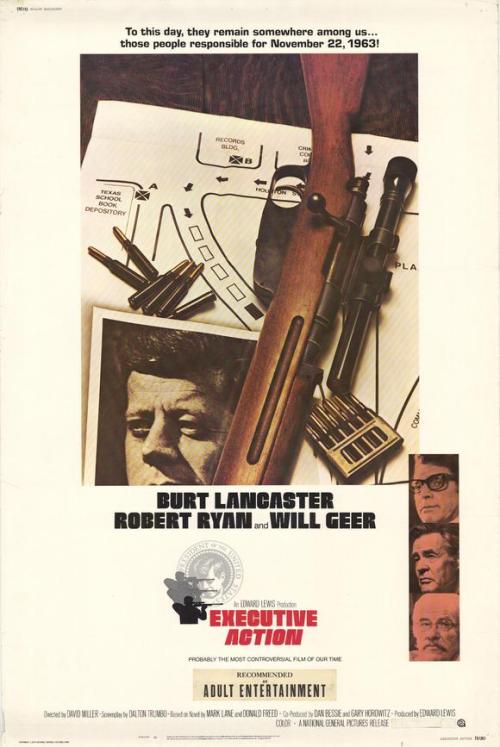 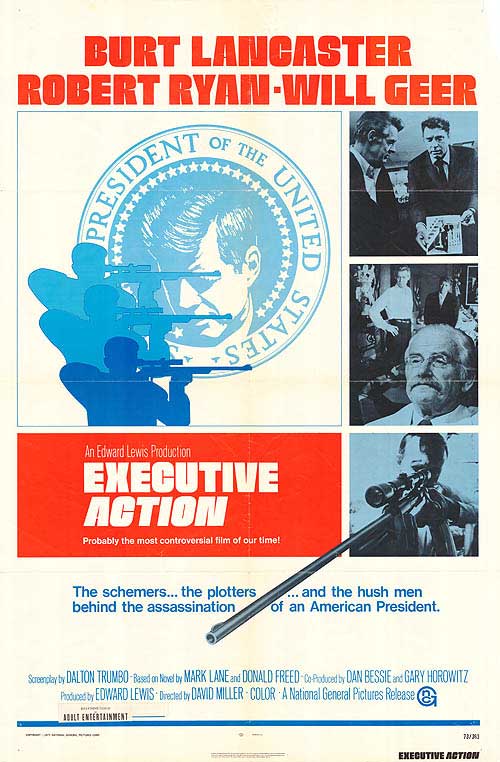