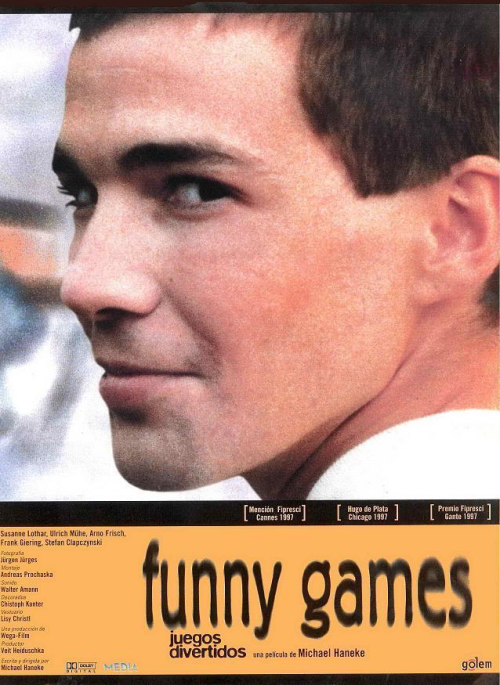 A family is tormented by two young men (Arno Frisch, Frank Geiring) who break into their home and proceed to play ‘funny games’ on them. These games are cruel and humiliating in nature. They are ‘played’ simply to prove that they can. As the film progresses and reveals some very unusual narrative devices it becomes obvious that the real ‘funny games’ are those played on the viewer by writer/director Michael Haneke.

Clearly this is long overdue as it is a revisionist look at the very violent psycho/thriller genre. Last House on the Left and Henry: Portrait of a Serial Killer have both handled the violence and dehumanization theme quite well before, which thus minimizes some of this film’s shock value. Yet Haneke shows an astute awareness of his craft and its manipulative nature. He cuts into all the accepted formalities and conventions of the genre and film making in general that you have to give it high marks. There is one scene, where the camera literally stays locked on the carnage for several minutes that the repugnance of violence really does hit home as intended.

The whole thing is supposed to shake the viewer into reevaluating their own viewpoints. It’s an almost ongoing assault questioning their views on justice, tolerance to violence, prayer and other cosmic forces and even their own fragility. It also tries to force them to analyze why they view these types of films and find them entertaining.

Like the heavy metal music played over the opening credits this thing is raw, abrasive and filled with anger and rebellion. Haneke is clearly upset. Upset at irresponsible directors who make violent films and an overly tolerant public that watches them.

This is an ugly film with an unrelenting nature and flashes of contempt. The average movie goer will probably not like it. However, it you are a connoisseur of cutting edge cinema then you may find the whole thing refreshingly provocative. 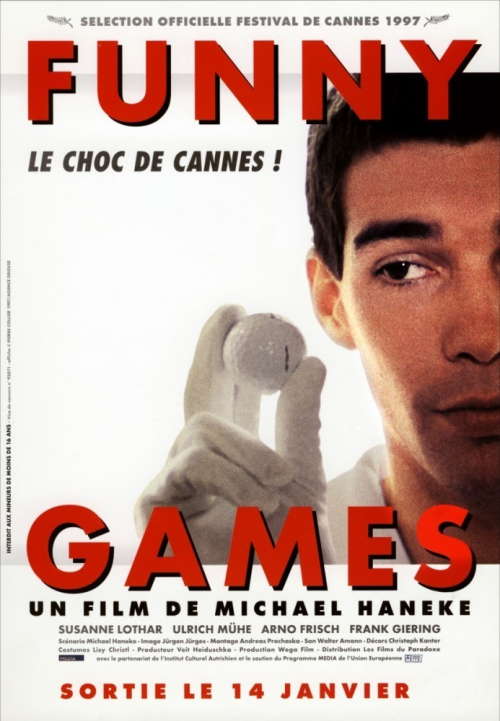 Frisch and Geiring as the two killers look and act so much against type that they become two of the most chilling and memorable villains in screen history. Also, Susanne Lothar and Ulrich Muhe who play the husband and wife victims are actually married in real life.

An American version, which was directed by Haneke as well and stars the beautiful Naomi Watts and follows this one almost scene-for-scene was released in 2007.