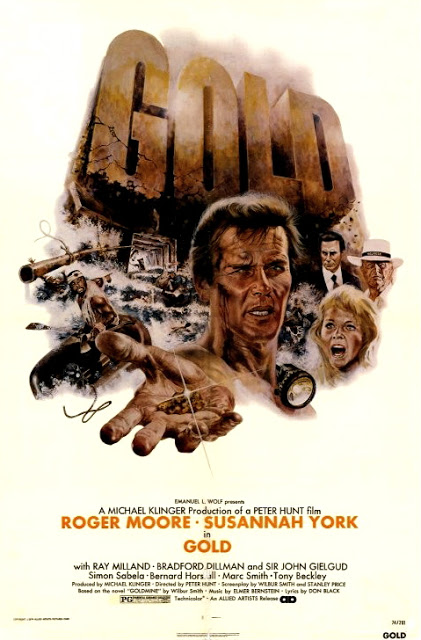 4-Word Review: Flooding a gold mine.

Manfred (Bradford Dillman) is part owner of a South African gold mine, who has colluded with London bankers to have the mine destroyed. The plan is for the miners to drill into an underground water reservoir, which will then flood it. Manfred and the London syndicate will make a profit by quietly selling their shares of this mine while buying up shares in competing mines whose price will most assuredly go up once this one is no longer usable. To achieve this they must trick the miners into believing that there is gold underneath the water and that by drilling into it won’t cause their demise. They hire Rod (Roger Moore) as the miner’s new supervisor, whom they feel won’t be smart enough to catch-on to the scheme, but he proves sharper than they expected especially as he has an affair with Manfred’s wife Terry (Susannah York).

This film, which at the time was considered controversial as it was filmed on-location in South Africa while apartheid was still happening, and based on the novel ‘Gold Mine’ by Wilbur Smith, which in-turn was loosely based on the real-life incident that occurred in 1968, is deserving of a second-look. Filming it at an actual mine is the most impressive thing about it. The cast and crew were forced to go down 2-miles into the shaft and the camera follows the grim, black walls of the cave as the elevator takes them down and it’s really stunning how long it goes until they reach bottom and how the cave walls continuously streak across the screen the further they go. I’m not one to ever feel claustrophobic, but watching this gave me that sensation, which effectively gives you the idea of what the miners would’ve felt each time they went. The climactic flooding is equally hair-raising and the beginning segment where the process of refining the gold is shown over the opening credits is also quite fascinating.

Moore, who had just completed filming of his first James Bond installment, Live and Let Die, is excellent and I enjoyed the way he keeps it serious and doesn’t revert to any jokey quips like he did when he played Bond and his characterization here is how he should’ve handled 007. This is the first of two films that he did with York as the two would re-team later in the year for That Lucky Touch, a romantic comedy that’s inferior to this one. York’s character here, where she plays a jaded and cool socialite is a more interesting and proves what a great actress she was as it’s completely unlike the part of the scared, pensive person that she was in The Killing of Sister George.

Ray Milland, as the elderly, cantankerous, mine owner is great and there’s excellent support by Simon Sabela, better known as being South Africa’s first black film director, who plays Big King a large man who teams with Moore to single-handily save the mine. Dillman is the only detriment as his stale villainous presence doesn’t add much and would’ve been better played by Tony Beckley, whose sneering facial expression alone would’ve made him more suitable instead of stifling him into a small bit though his attempts to run Dillman down with his car at the end is still effective.

The DVD restoration is the only negative as it’s faded color and graininess makes it resemble a cheap production, which it really isn’t. The version used for Amazon streaming is the same as the DVD, which is unfortunate as the film deserves a quality Blu-ray release and hopefully one will be coming at some point. 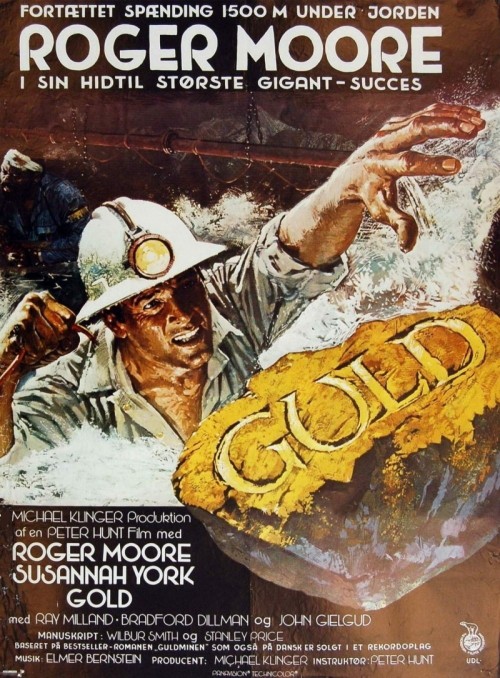