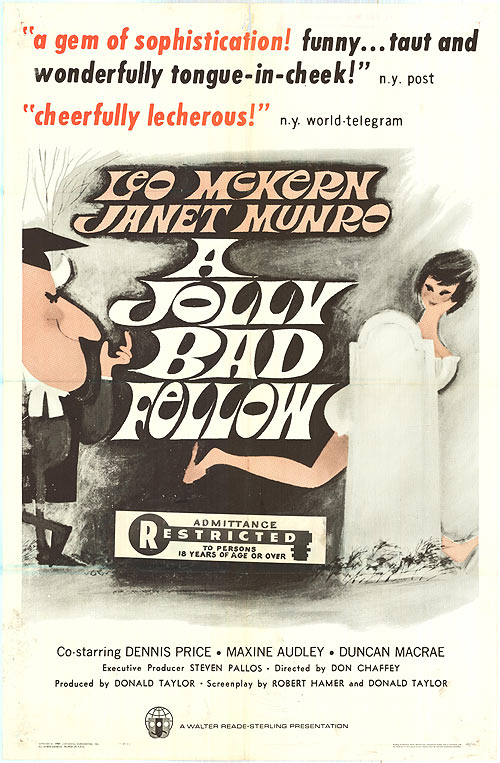 4-Word Review: He poisons his enemies.

Professor Kerris Bowles-Ottery (Leo McKern) is a college professor working in the university’s science lab where he conducts experiments on mice. One day he accidently comes upon a poison that kills the mice, but only after sending them into a brief euphoric state, which he then decides to use on his enemies. Only a little bit of it is needed to work, so he is able to use all sorts of methods to get them to ingest it including putting it into their drinks, as well as the cigarettes they smoke, and even dabbing a bit of it on a tip of a pencil, which one of the character’s routinely likes to lick before he begins writing with it. Things go quite smoothly until his wife Clarinda (Maxine Audley) leaves him, which upsets him enough that he become careless and eventually culminates with ironic results.

The film’s chief asset is McKern’s presence whose acerbic delivery and facial expressions perfectly captures a stuffy, pompous curmudgeon in highly humorous fashion. He nails every scene that he is in, but his best moment comes at the very end when he hops into his car and begins driving at high speeds throughout the English countryside while giving off a loud, long maniacal laugh.

The plot is thick with satire, but doesn’t go far enough with it. Just when it seems to be catching its stride it bogs down with an affair that McKern has with a much young woman (Janet Munro) that didn’t make a lot of sense. I could see why he’d be into her, but no so much why she would have the hots for him although the fact that he does seem to truly love his wife even when he fools around on her and becomes upset when she decides to leave him was excellent irony.

The funniest element is when he poisons his enemies and rivals many of whom are as pompous and stuck-up as he is. Watching these refined, stuffy people suddenly act silly and child-like is quite amusing, but again the film stops short of packing the punch as these scenes should’ve been more extended, which is the one thing that makes this potentially hilarious film not half as funny as it could’ve been. 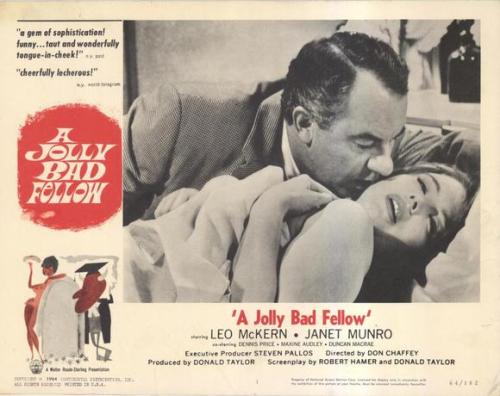 Alternate Title: They All Died Laughing