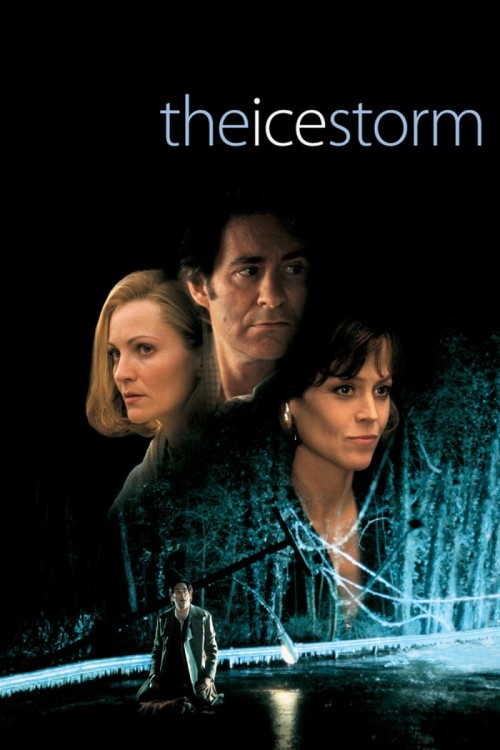 The sexual escapades between the various members of two neighboring households in the 1970’s are examined as well as the unexpected results.

This is definitely one of director Ang Lee’s best efforts to date. Some of his other films have been overrated and a bit protracted and yet here everything clicks perfectly. It is great to see Sigourney Weaver in an unusual role and sporting a unique hairstyle. The quirky interplay between both the adults and teenagers is interesting and revealing. It is nice to have a period piece and in this case the 70’s, that doesn’t feel the need to drown the viewer with heavy and unnecessary period detail. The use of the ice storm as a dramatic motif is well done and Joan Allen’s performance as the betrayed wife is especially strong. The ‘key party’ scene is amusing and the overall themes that this film conveys are universal and easily relatable.

On the negative end it seems like the filmmakers have never experienced an actual ice storm because if they had it would have been done differently. The main issue is that the moisture should come down in the form of ice pellets or sleet, not like actual rain that just forms into ice once it hits the ground. Also, when one has to drive after an ice storm, which I have done many times, it is important and necessary to scrap off the ice from not only the front window, but the side windows and the rear one as well. Kevin Kline’s character drives his car the next day while only having scraped the ice off the front window. Not only is this completely impractical, but it would also make it a very serious driving hazard. The conclusion, which is intended to be powerful, seems a bit aloof and doesn’t have the impact that it should and would have worked better had we been able to see all the character’s reactions.

Overall this is a movie that comes through on its vision and is a good independent film for the sophisticated viewer.